Children and teenagers find acrobatics exciting. The challenge of risking their equilibrium together and building human formations is intriguing. Team spirit and the willingness to cooperate are required. Many of the spectacular human pyramids and partner balances are easy to learn and considerable progress can be made in a short period of time.

This book provides a vivid and informative description of the principles of partner acrobatics with children and teenagers. It provides suggestions on how to begin and how to design meaningful training sessions, as well as different options for the structuring of performances. In addition to the many preparatory exercises, the practical portion of the book introduces simple acrobatic formations that have been tried and tested. The individual chapters include detailed written and visual descriptions of the many different techniques, from pyramid building to fantasy formations, from dynamic elements to elegant partner formations.

The Evolution of Acrobatics

Acrobatics is considered a movement art with a long tradition and evolutionary history. The term "acrobatics" stems from the Greek word "akrobates", which actually means, "one walking on his toes" and originally referred to a tightrope walker.

The oldest testimonials on acrobatics (approximately 2000 BC) were found in Egypt and consist primarily of drawings on limestone rocks.

The first written evidence stems from an account of an Egyptian feast in the 4th century BC, during which acrobats performed and built tall human pyramids.

Acrobats have always been on the fringes of society, were seen as infamous and as a "vagrant people" who remained without rights.

Their circumstances changed little during the Middle Ages. Only the emergence of the circus at the end of the 18th and beginning of the 19th century represented a definitive turning point for travelling artists and acrobats.

Atributos LU
Año de Edición
2013
Tipo
eBook
Autor
Michael Blume
ISXN
9781782553502
Idioma
Inglés
Núm. Páginas
180
Peso (Físico)
0
Tamaño Archivo (Virtual)
13.34
DRM (Virtual)
Sí
Formato Electrónico (Virtual)
EPUB
Título
Acrobatics for Children & Teenagers
Biografía del Autor
<p>Since college, Michael Blume has been involved in the theoretical and practical aspects of acrobatics. He taught physical education, history, and drama at a Rudolf Steiner School, and also worked as an assistant professor of sports at Bremen University. As a teacher of acrobatics and theater at the School for Clowns and Acrobats in Viby, Denmark, he collaborated on establishing a venue for professional acrobat training. He currently teaches sports and education at VIA University College in Denmark.</p> 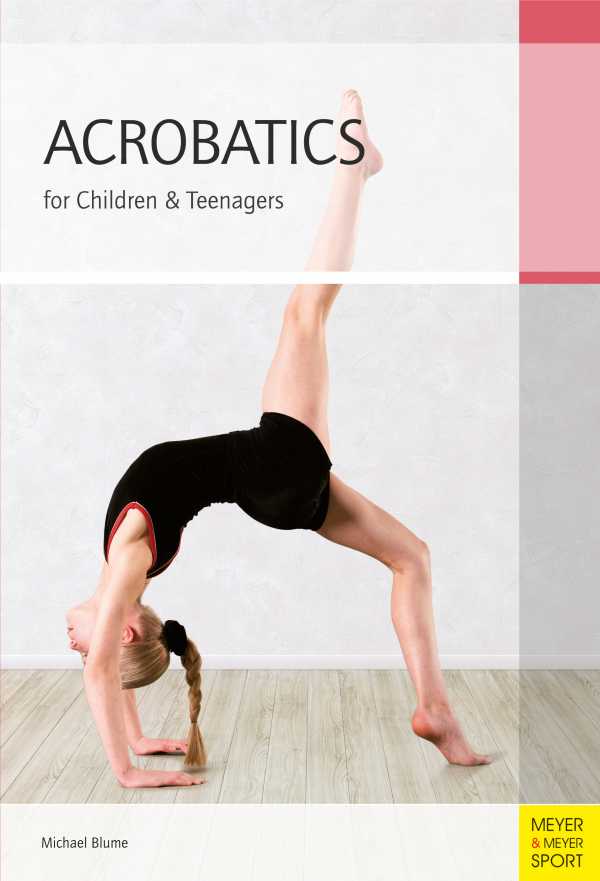