This carefully crafted ebook is formatted for your eReader with a functional and detailed table of contents.
Emma Charlotte Duerre Watson (born 15 April 1990) is a British actress, model, and activist. Born in Paris and brought up in Oxfordshire, Watson attended the Dragon School and trained as an actress at the Oxford branch of Stagecoach Theatre Arts. She rose to prominence after landing her first professional acting role as Hermione Granger in the Harry Potter film series, having acted only in school plays previously. Watson appeared in all eight Harry Potter films from 2001 to 2011, earning worldwide fame, critical accolades, and around $60 million.
This book has been derived from Wikipedia: it contains the entire text of the title Wikipedia article + the entire text of all the 384 related (linked) Wikipedia articles to the title article. This book does not contain illustrations.
e-Pedia (an imprint of e-artnow) charges for the convenience service of formatting these e-books for your eReader. We donate a part of our net income after taxes to the Wikimedia Foundation from the sales of all books based on Wikipedia content. 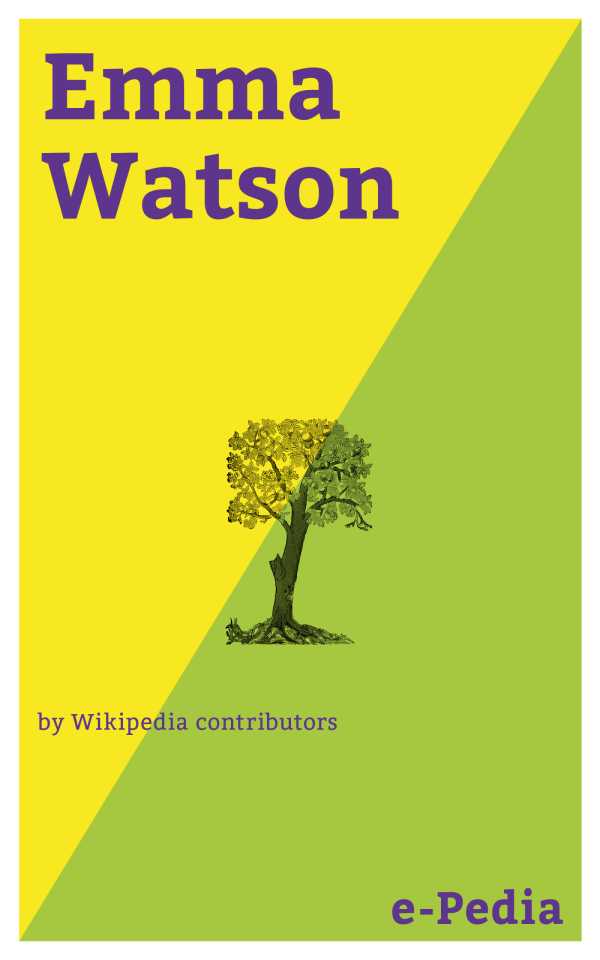