All the energies of our civilisation are destined to the construction of a new artifical world, a totally technological world in which the human being is one more cog in the cybernetic system. This world is totally exposed, programmed, quantified, technical, artificial, and, above all, autonomous.

This autonomous world will be able to function without us. This world is an objective world that will have neither subjectivity nor meaning. But while all our efforts are projected towards the horizon of technological singularity, the same language reminds us that there is another meaning of the word singularity. The Radical Singularity is an original project about human singularity in the era of technological singularity. The work addresses, in a unique, extreme, and even ironic way, the mutation from modern humanism to posmodern posthumanism, revealing the light of Reason between the lines. What is singular -along with human Reason- is the resistance to globalisation, to homogenisation, to the terror of the same, to automation, to technological singularity, and so on.

This work remind us that, even when things become so violently homogeneous, the radicalism of thought will appear. The world is dialectical, and we cannot escape the logic of the world, of which its representation is our Reason. Due to its radical singularity, human Reason always has the last word.

Atributos LU
Año de Edición
2022
Descatalogado
NO
Tipo
eBook
Autor
Mane Tatulyan
Subtítulo
Essay on Singular Phenomena
ISXN
9788418049774
Idioma
Inglés
Núm. Páginas
100
Peso (Físico)
0
Tamaño Archivo (Virtual)
0.15
DRM (Virtual)
Sí
Formato Electrónico (Virtual)
EPUB
Título
The Radical Singularity
Biografía del Autor
<p>Mane Tatulyan&nbsp;(July 8, 1993) is a designer and writer. Throughout her life, design meant for her a way of ordering the world, and writing, a way of understanding it. After finishing her university studies and professionally developing in the design world, she decided to focus her work towards education, theory and philosophy.<br><br>Today, her purpose is to rethink Humanism in the rise of the Posthuman age, recovering the ideals of the Enlightenment and the natural light of Reason -so that the future does not design humans but, to design a more human future. Her mode of understanding reality -continuing the modern tradition- is founded in the idea of the human being: the union between the universal metaphysical and the particular real.</p> 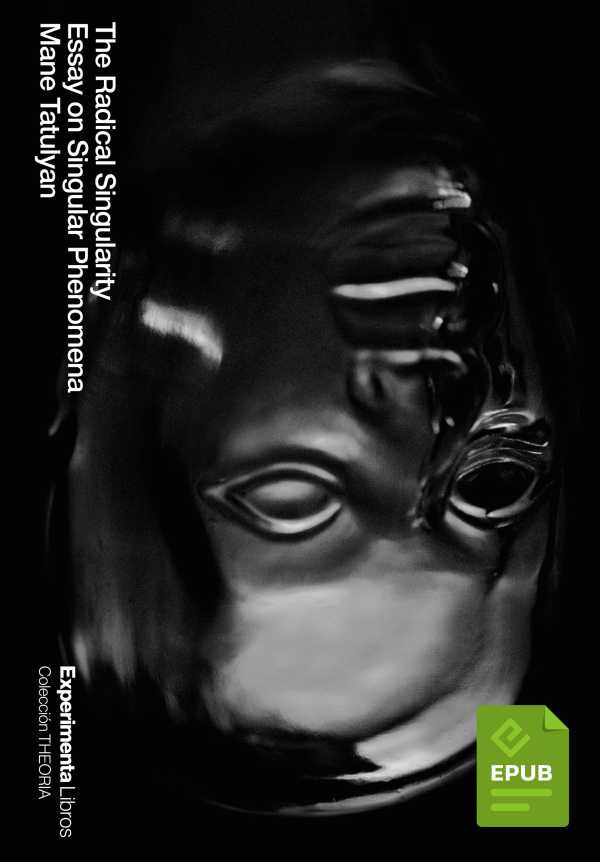