At the moment of the publication of this book 75 years have passed since the defeat and beginning of the occupation of Germany by the victorious Allies, and 30 years since the reunification of the country, within restricted boundaries, after 45 years of division. I was born in the New World 20 years after the end of the war, lived most of my youth with the reality of the division, and witnessed the whole reunification process, as a member of a family of German descent living outside Germany. My interest in the subject, plus several logical links to Germany, a vision «from abroad» and obviously my knowledge of German, helped me to start preparing in 1987, well before any possibility of reunification existed, a legal thesis which, unexpectedly, even for me, turned into reality with the fall of the Berlin Wall in 1989 and the reunification in 1990. I was able to deliver the final work, my professional thesis, personally into the hands of Federal President Richard von Weizsäcker during his state visit to Mexico in 1992. And shortly thereafter I received from him a very rewarding letter. But just now, after 30 years, I am able to publish in English this reworked and updated version of my original thesis, now as a history book. I have tried to condense and explain the facts of 45 years of division so Germans and foreigners can have a full and objective view of all the aspects -historical, political, territorial and legal alike- pertaining to the so-called «German Question» during the period 1945-1990. I hope you enjoy it. 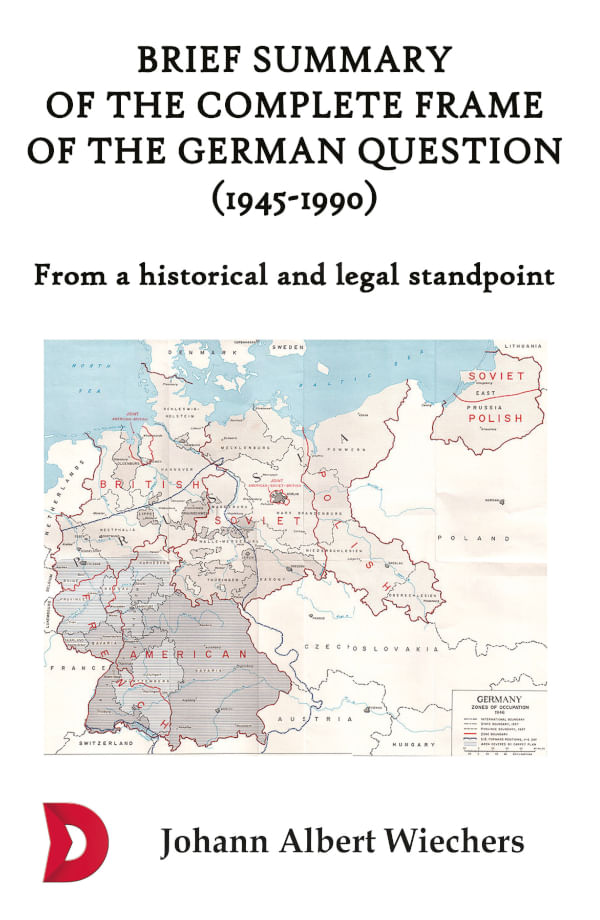