This series of books presents the fundamentals of logic in a style accessible to both students and scholars. The text of each essay presents a story, the main line of development of the ideas, while the notes and appendices place the research within a larger scholarly context. The essays overlap, forming a unified analysis of logic as the art of reasoning well, yet each essay is designed so that it may be read independently. The topic of this volume is prescriptive reasoning. Descriptive claims say how the world is, was, or will be; prescriptive claims say how the world should be. We have fairly clear rules for reasoning with descriptive claims. The goal of the first essay, "Reasoning with Prescriptive Claims," is to clarify how to reason with prescriptive ones. The first step in doing so is to justify our viewing prescriptions as true or false. That justification is part of a general approach to reasoning in which many kinds of personal evaluations are taken to be true-false divisions. That view has been implicit if not explicit in analyses of reasoning from formal logic through argument analysis. in "Truth and Reasoning" I set out reasons for adopting that methodology. Theories, too, seem to be descriptive or prescriptive. Some say how the world is, others how the world should be. Yet, as shown in "Prescriptive Theories?", on close examination the distinction evaporates. Unless, that is, one says that certain theories about values use an entirely different notion of truth than is used in science and is codified in our usual methods of reasoning. Absent that, there seems to be no justification for constructing and evaluating what are typically thought of as prescriptive theories differently from descriptive ones. Many discussions of how to evaluate prescriptive claims are given in terms of what is rational or irrational to do. In the final essay, "Rationality," what we mean by the idea of someone being rational is investigated and the limitations of that label in evaluating reasoning or actions is shown. 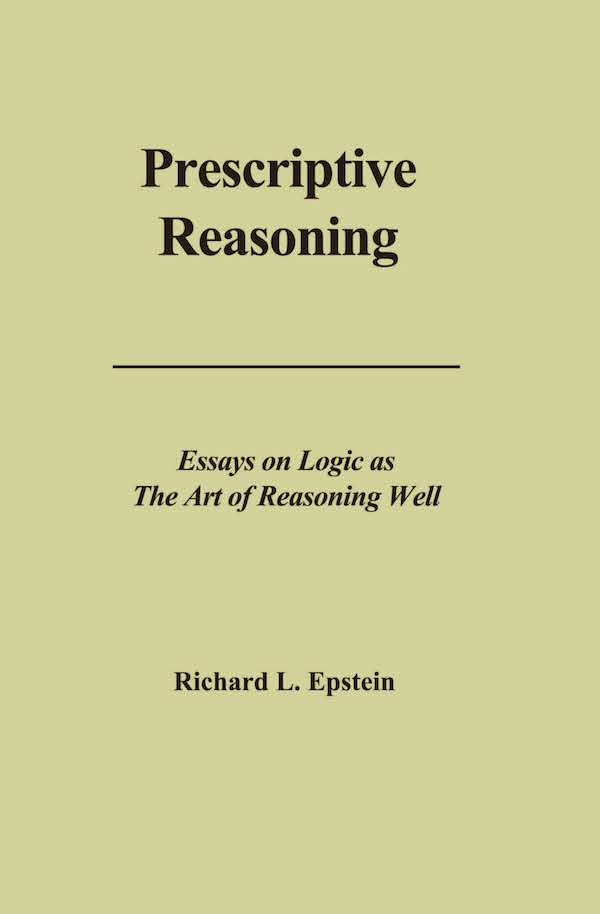