A Kafkaesque Memoir is that rarity in the psychological literature: a patient's account of the complete arc of his own psychoanalysis from first session to last. It is the memoir of a literature professor who walks into a psychotherapist's office one day seeking a quick hypnotherapy fix for a driving phobia and ends up staying for a nine-year Jungian analysis that fundamentally transforms him. Looking back on his recently completed analysis, the professor recreates his near-decade-long conversation with his analyst, a dialogue that gradually unearths the roots of a deep sense of guilt he feels over an "abandoned child." This personal psychological drama unfolds in the context of certain cultural themes that have woven themselves deeply into the professor's nexus of values over a lifetime and profoundly shaped his worldview. These include: the strange parables of Franz Kafka, Zen Buddhism in America, French deconstruction, the roots of psychoanalysis in German culture and the nature and philosophical questioning of analysis itself. The enigmatic writings of Kafka, in particular, become a kind of fictive code used by the professor to probe his deepest conflicts.
As the story of a long-term analysis that moves gradually through the stages of the professor's angry defensive posturing and religio-philosophical jousting to a deep mutual sympathy between patient and doctor, the book is rich in intellectual and emotional substance; but, in the professor's recalling of key life events, it offers as well a full-bodied social canvas of its time: there are, for instance, chapters that tell of a close encounter with the mafia in the Red Hook section of Brooklyn, crashing a party in early 70's Harlem and navigating the underground counterculture of mid-70's Los Angeles.
Personal struggle, the dance of analysis and the contemporary culture wars intersect in this absorbing tale of a man's late-life quest to heal a deeply divided self.

Atributos LU
Año de Edición
2017
Tipo
eBook
Autor
Dennis McCort
Subtítulo
Confessions from the Analytical Coach
ISXN
9783941524996
Idioma
Inglés
Núm. Páginas
470
Peso (Físico)
0
DRM (Virtual)
Sí
Formato Electrónico (Virtual)
EPUB
Título
A Kafkaesque Memoir
Biografía del Autor
<p>&nbsp;Dennis McCort&nbsp;(1941-) &nbsp;was born and raised in Hoboken, New Jersey, the \"mile square city\" on the Hudson, in the shadow of Manhattan. He writes of his experiences growing up there in the postwar industrial era before gentrification in his memoir, A Kafkaesque Memoir: Confessions from the Analytic Couch. McCort is now retired from Syracuse University where he taught German language and literature over a long career. He has authored scholarly books on Swiss writer C.F. Meyer and on the influence of Zen on such Western writers as J.D. Salinger, R.M. Rilke and Thomas Merton (Going beyond the Pairs: The Coincidence of Opposites in German Romanticism, Zen and Deconstruction). He has written a comic novel, titled The Man Who Loved Doughnuts, about a young professor who fails to get tenure at his upstate university and spends a lost weekend in lower Manhattan, and recently finished a second novel with the working title \"Duncan,\" which he describes as \"a thinking man\'s thriller.\"</p> 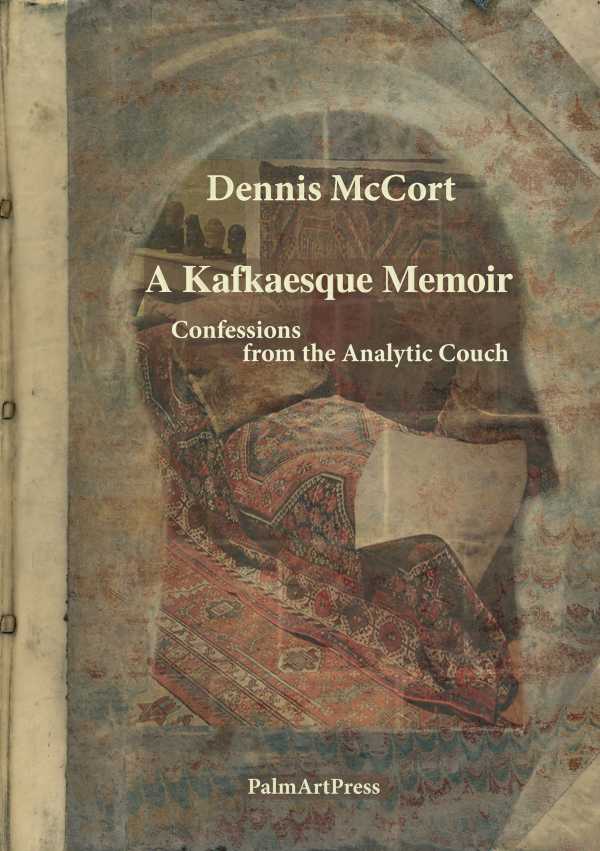 A Kafkaesque Memoir - Confessions from the Analytical Coach