The "Collection of British Authors," or, as it is more popularly known on the European Continent, the "Tauchnitz Edition," was instituted in 1841, at Leipsic, by one of the most distinguished of German publishers, the late Baron Bernhard Tauchnitz, whose son is now at the head of the house. The father records that he was "incited to the undertaking by the high opinion and enthusiastic fondness which I have ever entertained for English literature: a literature springing from the selfsame root as the literature of Germany, and cultivated in the beginning by the same Saxon race.... As a German-Saxon it gave me particular pleasure to promote the literary interest of my Anglo-Saxon cousins, by rendering English literature as universally known as possible beyond the limits of the British Empire." In another place, Baron Tauchnitz describes "the mission" of his Collection to be the "spreading and strengthening the love for English literature outside of England and her Colonies."
Baron Tauchnitz early felt that the general title of the series, "Collection of British Authors," was a misnomer,vi which might even give offence to an important branch of the English-speaking race; for, though Bulwer and Dickens led off in the Collection, "Pelham" being the first volume issued and "The Pickwick Papers" the second, the fourth volume, added at the beginning of the second year of publication, in 1842, was Fenimore Cooper's "The Spy," followed in the same year by a second volume of the same author. Furthermore, the year 1843 opened with Washington Irving's "Sketch Book," immediately followed by a third novel by Cooper; and, though it was not till 1850 that another American work gained admittance into this charmed circle, not fewer than three of Irving's books succeeded one another in the single twelvemonth. In 1852, Hawthorne was welcomed with "The Scarlet Letter" and Mrs. 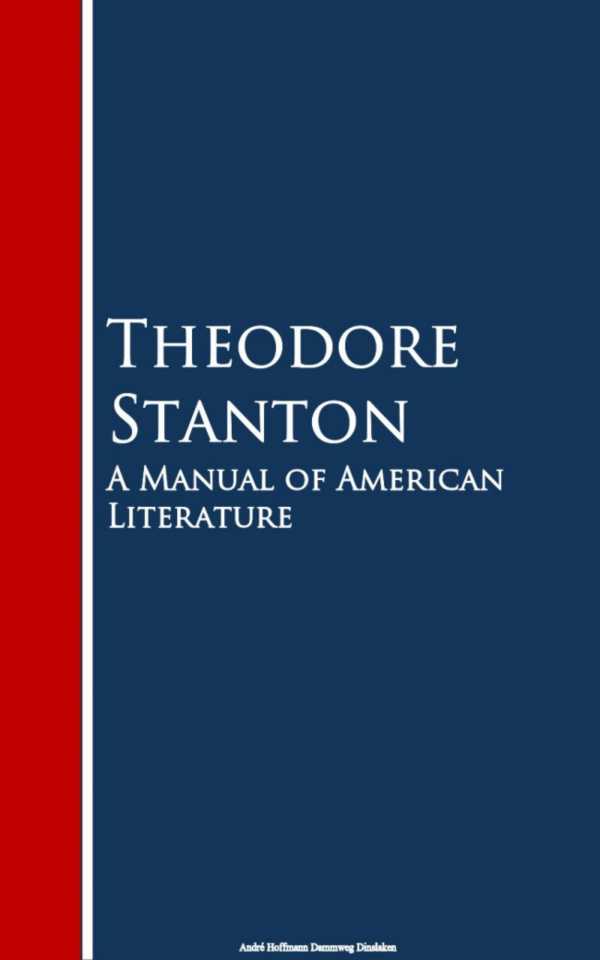 A Manual of American Literature