Of Augustus Caesar it is said, that when he read the works of men of learning and genius, he used to extract such precepts as might prove useful to him in his government. This part of his conduct manifested wisdom; the precepts thus collected, served to assist him and his ministers in managing the affairs of the empire. But the necessity of our imitating this part of his conduct, has been in a great measure superseded by that Spirit of truth, under whose guidance Solomon wrote his Proverbs, and transmitted them to future ages for their instruction in righteousness.

In this little book there appears more wisdom than in the combined monuments of Greek and Roman learning. The wisest of men wrote it, and his object is to make us wise. But a greater than Solomon is here, for Wisdom speaks in her own person. The first nine chapters are a preface to the book. In it Solomon recommends to our study, that wisdom which he designs to teach, and insists on some of her most useful precepts. 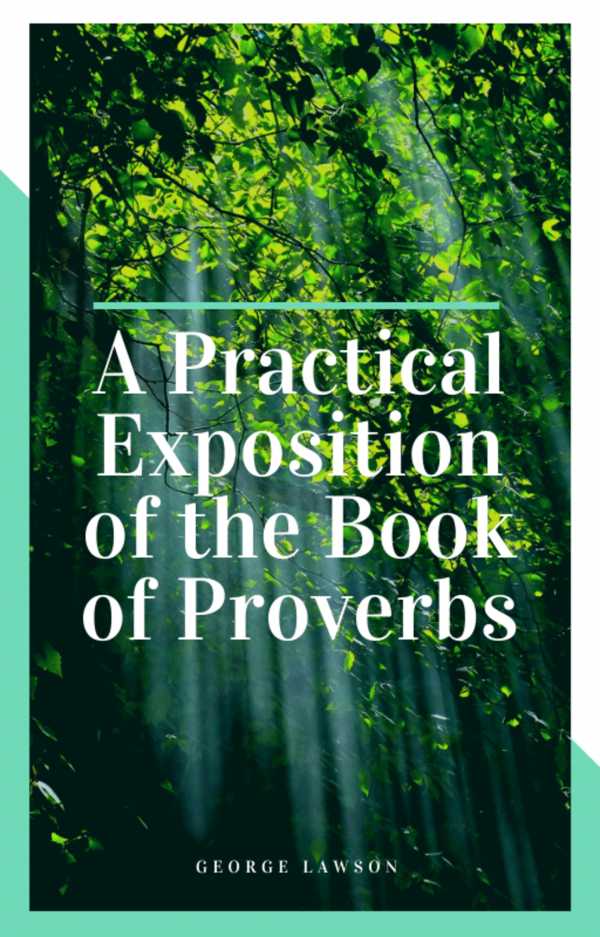 A Practical Exposition of the Book of Proverbs