Hardly ever in literature has any author adopted the plot of another and carried it forward beyond the lines of its creator. Yet this is precisely what Jules Verne has done with Poe's story called Narrative of A. Gordon Pym, and the two great inventive minds thus unite in forming Verne's tale entitled An Antarctic Mystery. The author has brought to the telling of his story all the old creative skill, the dashing love of adventure, and a surprising show of knowledge of the flora and fauna and the geography of the Antarctic seas. The hero of the book takes passage from the far-off Kerguelen Islands on the ship Halbrane, whose captain, Len Guy, had been very reluctant to carry him because it was impossible to tell where they might make port. But Mr. Joerling persisted and accomplished his purpose. The captain was an eccentric and silent man, yet when Mr. Joerling informed him that Connecticut was his home he showed a sudden interest. This was because the captain knew of the nearness of Connecticut to the Island of Nantucket, whence Pym and his companions had sailed on their disastrous voyage. It turns out that Len Guy is the brother of Poe's Captain Guy, and that his sole aim in life is to discover this brother,?lost in the Arctic ice. In fulfilment of the purpose, which had become a monomania, the Halbrane sailed for the Arctic seas, and there adventures were encountered which will astonish and delight every reader, young or old. Indeed, an Antarctic mystery is essentially a book for young people, but, like its predecessor, it will startle the old as well. 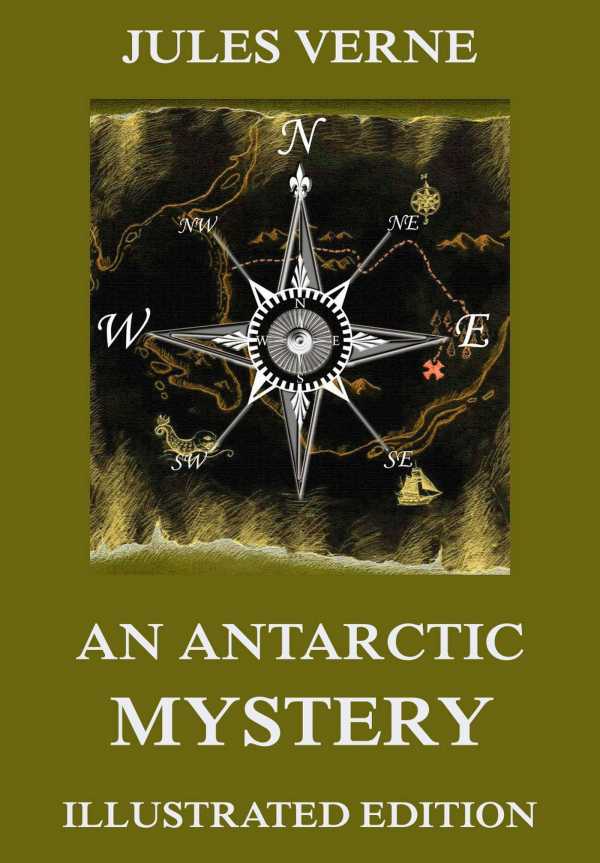