Our definition as rational animals has expired, since we now know that other species also have that characteristic. Hence the inquiry in this regard and its corresponding result, which are addressed in this book and whose conclusion is that evolution itself has endowed us with something specific: our ability to devise, based on which all and only sapiens live an external reality, in relation to the environment, and an internal reality, based on our personal worldview, and which we also symbolize, especially through language and other cultural expressions. That is why our closest definition corresponds to that of Animal of realities.
To facilitate both the exposure and understanding of this proposal, it is summarized in a File or Identity Card that informs about our origin, nature, essence and spirit; also described by a triple metaphor:
"The Democritus Effect, to demonstrate the capacity for ideation of homo sapiens.
"The Marseillaise Effect, to illustrate how that capacity is transformed into culture.
"And the Ashoka Effect, so that we can direct this capacity towards companies of a social nature.
In summary, this book deals with our identity essence, raison d'être and "universal passport", based on our nature and evolutionary specification. Metaphorically, it can also be said that it contains more information and applications than any device, and that it is easily activated: through interest. If you want to know why and for what we are here and, ultimately, what is our identity and our fit into this Universe, both individually and collectively

Atributos LU
Año de Edición
2019
Tipo
eBook
Autor
Xosé Gabriel Vázquez Fernández
Subtítulo
Our evolutionary identity as a species and individuals
ISXN
9788417990626
Idioma
Inglés
Núm. Páginas
120
Peso (Físico)
0
Tamaño Archivo (Virtual)
1.17
DRM (Virtual)
Sí
Formato Electrónico (Virtual)
EPUB
Título
Animal of realities
Biografía del Autor
<p>Xos&eacute; Gabriel V&aacute;zquez Fern&aacute;ndez (Lugo, 1963) is a Doctor in Sociology and Professor at the University of A Coru&ntilde;a. This book is part of a trilogy in which he has been working for five years, under the generic title of Treaty on the human species; around which he plans to publish his Theory of On.</p> 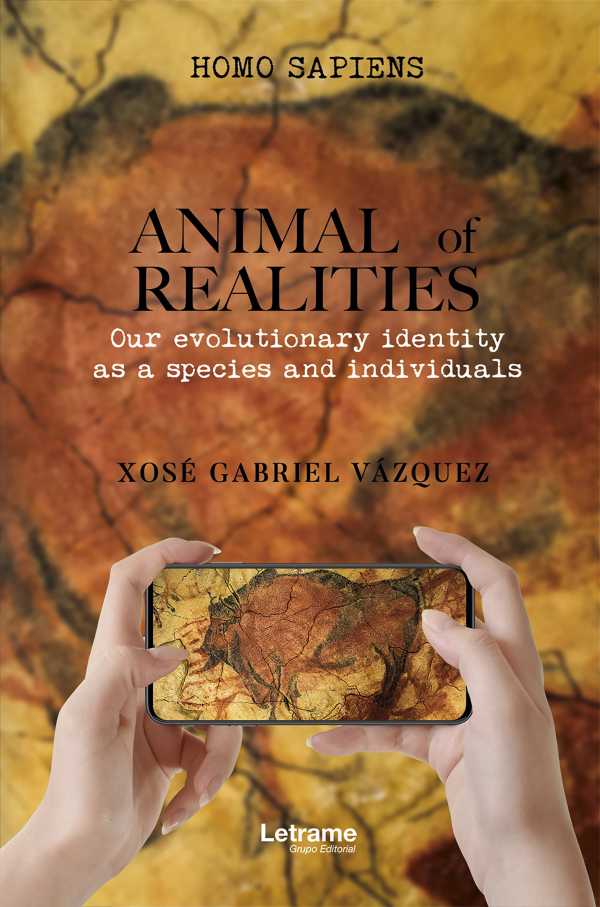 Animal of realities - Our evolutionary identity as a species and individuals