EbookLibros sobre Ciencias SocialesHistoriaAnne Frank in the Secret Annexe - Who was Who?

An exceptional group portrait that will stay with the reader.


During the Second War, Jewish girl Anne Frank hid from the Nazis for two years. Everything she experienced, thought and felt in her hiding place she confided in her diary. She was candid in her descriptions of the others hiding with her: her parents Edith and Otto, her sister Margot, the Van Pels family and Fritz Pfeffer, and the five helpers who endangered their own lives to look after them. Anne's diary later became famous throughout the world. But who were these people, and how did they come to be living together in hiding in Amsterdam?

'Anne Frank in the Annexe: who was who?' provides a new portrait of the eight people who hid in the Secret Annexe, as well as their helpers and other individuals in and around the hiding place. The Secret Annexe was so well set up that the people remained in hiding for years, right under the noses of the authorities. This book shows their backgrounds, their mutual relationships and the grim outcome, as well as many photographs never before published which give faces to the main characters. 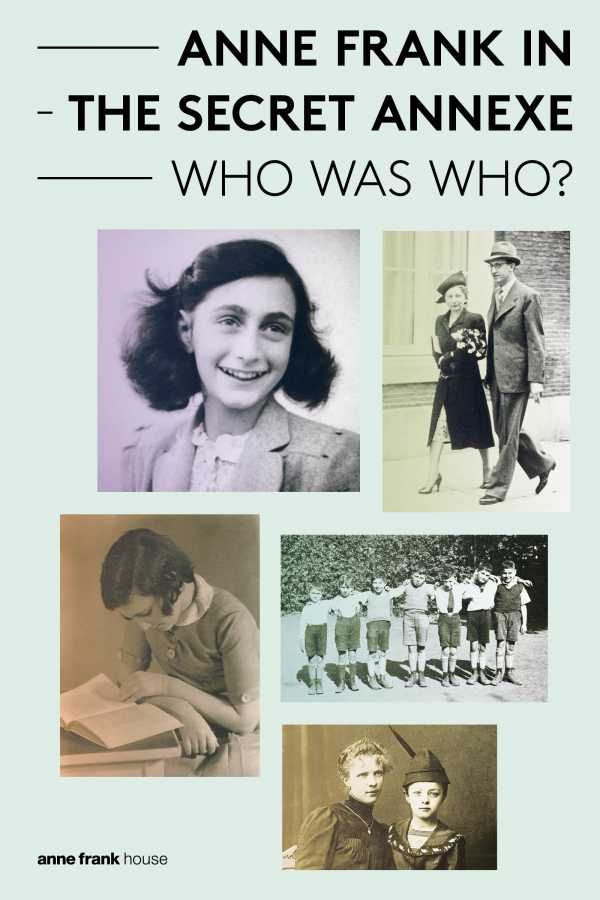 Anne Frank in the Secret Annexe - Who was Who?