Prince Raiden enjoys his freedom and leisurely lifestyle, Ravenor struggles with the new responsibilities of a commander, and Eryn tries out his skills as an architect in the seclusion of the Nimrod.
It is a time of peace and freedom. But it is a deceptive peace, for enemies are gathering all around them and the end of the Golden Age is near ...

Atributos LU
Año de Edición
2019
Descatalogado
NO
Tipo
eBook
Autor
Sigrid Kraft, Sigrid Kraft, Eleanor Fleetwood
Subtítulo
The End of the Golden Age
ISXN
9783941436442
Idioma
Inglés
Núm. Páginas
356
Peso (Físico)
0
Tamaño Archivo (Virtual)
1.46
DRM (Virtual)
Sí
Formato Electrónico (Virtual)
EPUB
Título
Ardeen ? Volume 4
Biografía del Autor
<p>Fairy tales and heroic sagas with their dragons, brave heroes and magic have long held a special fascination for me. As a child, I read fairy tales from all over the world, and also the Roman, Greek and Germanic heroic sages. At that time, the fantasy boom was a thing of the future, and books of this genre were in short supply in bookshops and libraries.<br><br>I was soon reading modern classics such as \'The Lord of the Rings\' by J.R.R. Tolkein, \'Quartermain\' by Sir Henry Rider Haggard, and the Conan series by Robert E. Howard, authors who in the meantime are considered pioneers of fantasy literature.<br><br>Even in those days, I invented stories and sometimes even wrote them down. But to begin with, I took a completely different direction professionally.<br><br>After my Abitur, I went on to study business management and at the same time, began learning traditional taekwondo, an Asian martial art characterized by its dynamic kicking techniques.<br><br>After completing my studies, I ended up in Dresden for professional reasons. I worked for many years in the surveyor\'s office of my father, where I was responsible for the entire financial department of the firm. Parallel to this, I set up the Taekwon-Do Center Dresden, a school for traditional taekwondo.<br>The Taekwon-Do Center Dresden has now existed for over 17 years and has become one of the established martial arts facilities in Dresden.<br><br>These two professions have inspired me again and again in my writing, enabling me to write from my own experience: For example, concerning injuries, pain, healing processes (here, lengthy healing without magic is meant), leadership, administration and trouble with (superior) authorities. For a bit of fun, I keep Ravenor\'s list from volume II at the bottom of the pile of papers on my desk, and when I have completed all my work, there then appears this wonderful example of accounting to make me smile..<br><br>But how did I actually come to writing?<br><br>Basically on a whim. The fantasy book market was meanwhile awash with stories, yet there were very few that were inspiring. After yet another disappointing read, I decided to invent a story myself &hellip; as I had already often done as a child.<br>After making that particular wrong choice from the bookcase, I said to myself: \"I can do as badly as that myself.\" And I threw myself into the new challenge. Added to that was the fact that I was not able to train very much due to injury, and the creative work helped to keep my mind off the pain.<br><br>Over time, the \'Ardeen\' project contined to grow and then I dared to take the next step: Publishing.<br>This path was also littered with traps and sharp stones and my na&iuml;ve notions soon slammed up against the harsh reality of the publishing world. However, I found brave supporters and set out on the path of self-publishing. In the area of e-books in particular, there are now many enthusiastic readers who ensure that the five volumes I have published appear regularly in the Top 100 of fantasy e-books on Amazon. A pleasing success which, in the end, is the reward for so much dedication and endurance.</p> 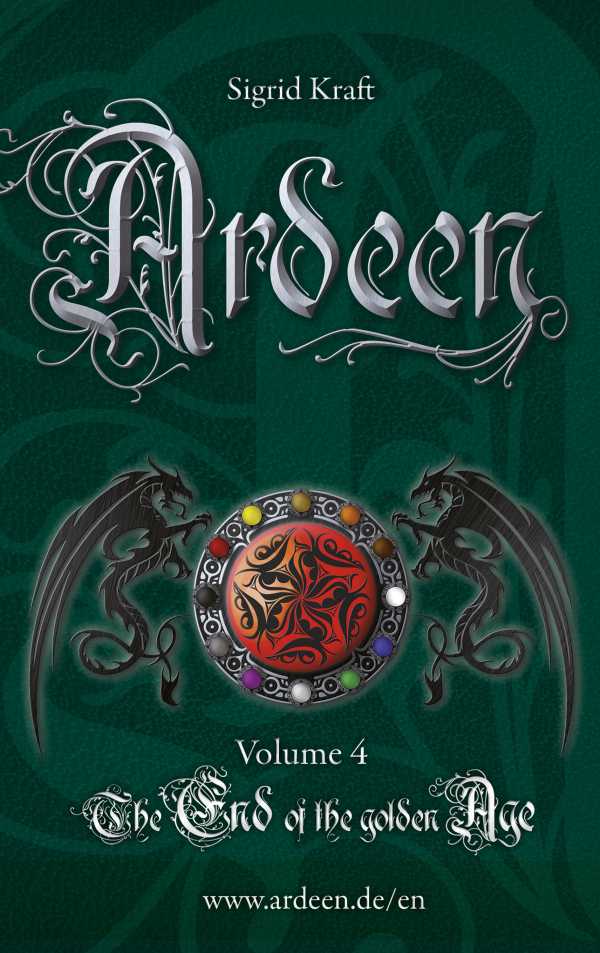