There are legions of ways to find a meaning in life. This does not mean that perhaps prosperity, health, an intact family, the success of the next generation are the aims for a sense of life. Although not deny is that these objectives certainly have permission in our lives. If it is postulated here, that they are not the targets, that does certainly not mean, they are not worthy. It is more that these goals in the "real goal", which we might not be possible to see, already are implemented in all completeness. So it is not to the purpose of creation, but the creation itself. Countless intelligent spirits, an immense number of religions have tried her. In fact, signpost en masse can be found in our lives, as in the writings of various religions. The founders of the great religions, Buddha, Jesus, Mohammed, have certainly seen the truth and were trying to pass them. Yet her efforts weren't understood by people, - the dualism of the system soon distorted the meaning of the knowledge passed on in his spirit. It is clearly appearing, facing the system, that the Eastern religions at least has understanding options open, while the archaic Christianity for centuries was totally blind and deluded. Even in the writings about Jesus clear traces of the former wisdom are to find. But they are perverted and bent in shape (!). The view, which is written with an in-sight into the truth of the words, is the step in the sense of the words, inside of life itself.There are many words in the languages that are very special. This is because what they mean. They are simply extraordinaire. These words have no negative energy. Words are interpreted by nature, are malleable, ductile, always have to be seen in context. Not these words! when they are internalized in their original ground. They are basically positive. However they are twisted and turned. But it is of paramount importance, to see them the proper way from the very beginning. This is not difficult. 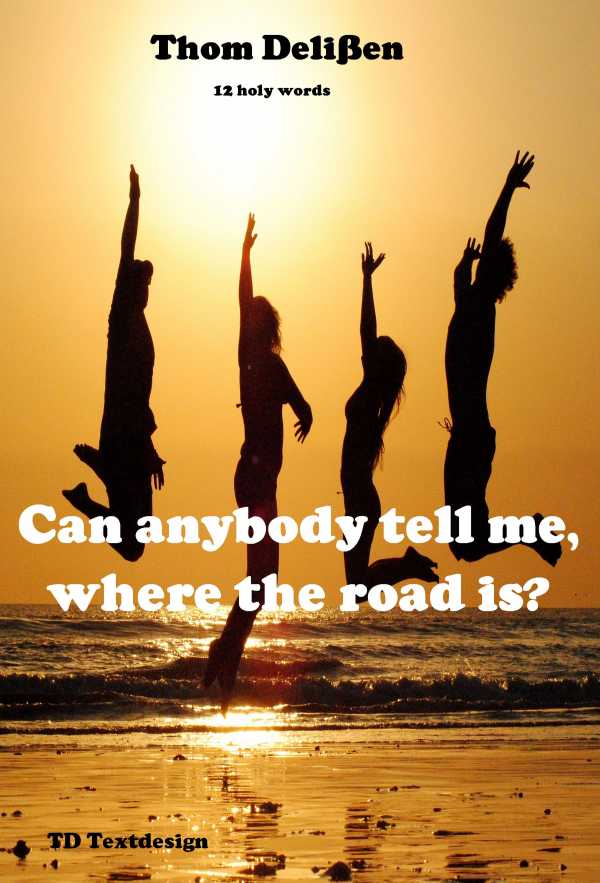 Can Anybody Tell Me Where the Road Is? - 12 Holy Words