"Can You Forgive Her?" is a novel by Anthony Trollope. It is the first of six novels in the "Palliser" series. The novel follows three parallel stories of courtship and marriage and the decisions of three strong women: Alice Vavasor, her cousin Glencora Palliser, and her aunt Arabella Greenow. Early on, Alice asks the question "What should a woman do with her life?" This theme repeats itself in the dilemmas faced by the other women in the novel. Lady Glencora and her husband Plantagenet Palliser recur in the remainder of the Palliser series. Alice Vavasor, a young woman of twenty-four, is engaged to the wealthy and respectable and dependable, if unambitious and bland, John Grey. She had previously been engaged to her cousin George, but she broke it off after he went through a wild period. John, trusting in his love, makes only the slightest protest of Alice's planned tour of Switzerland with her cousin Kate, George's sister, even when he learns George is to go with them as male protector. Influenced by the romance of Switzerland, Kate's contriving to restore George to Alice's favour, and her own misgivings with John's shortcomings, Alice jilts her second fiancé?.
Anthony Trollope (1815-1882) was one of the most successful, prolific and respected English novelists of the Victorian era. Some of his best-loved works, collectively known as the Chronicles of Barsetshire, revolve around the imaginary county of Barsetshire. He also wrote perceptive novels on political, social, and gender issues, and on other topical matters. Trollope's literary reputation dipped somewhat during the last years of his life, but he regained the esteem of critics by the mid-twentieth century. 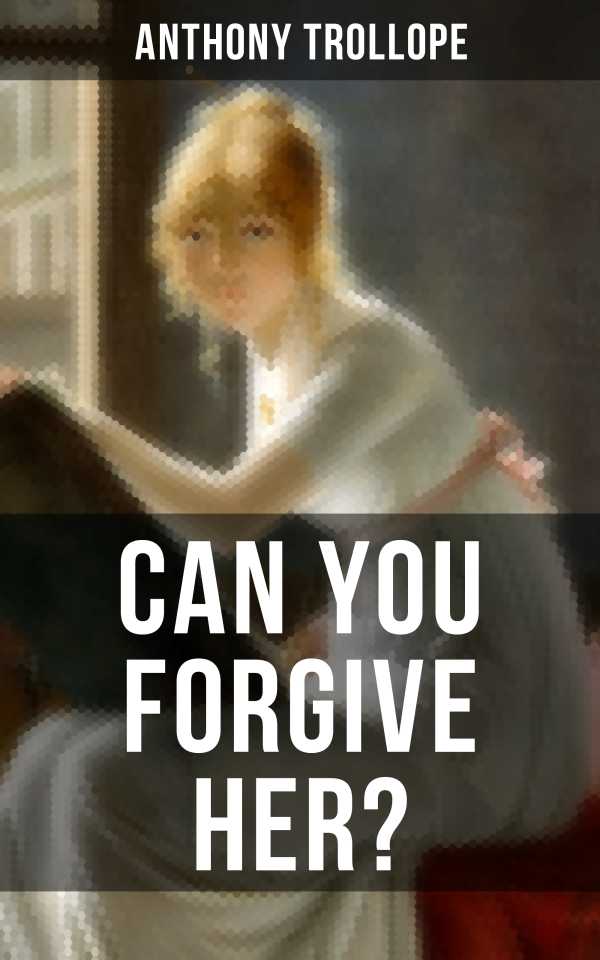 CAN YOU FORGIVE HER? - A Victorian Classic