Spread over seven chapters this book reminds us why is it important to look on the sunny side of things, to be cheerful about anything and everything.
Excerpt:

"Grief, anxiety, and fear are great enemies of human life. A depressed, sour, melancholy soul, a life which has ceased to believe in its own sacredness, its own power, its own mission, a life which sinks into querulous egotism or vegetating aimlessness, has become crippled and useless. We should fight against every influence which tends to depress the mind, as we would against a temptation to crime."

Dr. Orison Swett Marden (1848-1924) was an American inspirational author who wrote about achieving success in life and founded SUCCESS magazine in 1897. He is often considered as the father of the modern-day inspirational talks and writings and his words make sense even to this day. In his books he discussed the common-sense principles and virtues that make for a well-rounded, successful life. 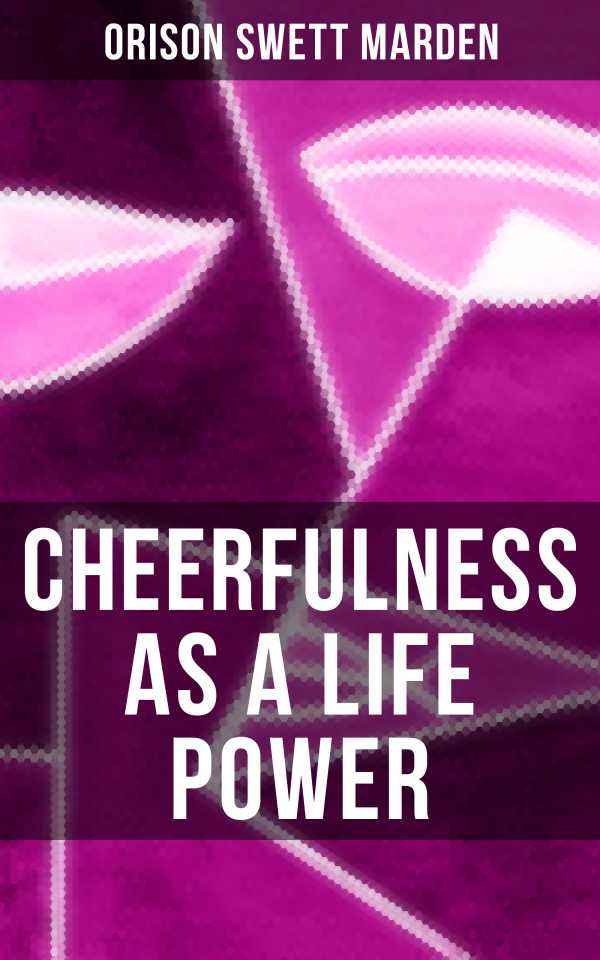