Musaicum Books presents to you "Death, and Afterwards" formatted to the highest digital standards and adjusted for readability on all devices.

"MAN is not by any means convinced as yet of his immortality. All the great religions have in concert, more or less positively, affirmed it to him; but no safe logic proves it, and no entirely accepted voice from some farther world proclaims it. There is a restless instinct, an unquenchable hope, a silent discontent with the very best of transitory pleasures, which perpetually disturb his scepticism or shake his resignation; but only a few feel quite certain that they will never cease to exist. The vast majority either put the question aside, being absorbed in the pursuits of life; or grow weary of meditating it without result; or incline to think, not without melancholy satisfaction, that the death of the body brings an end to the individual. Of these, the happiest and most useful in their generation are the healthy-minded ones who are too full of vigor or too much busied with pleasure or duty, to trouble themselves about death and its effects. The most enviable are such as find, or affect to find, in the authority or the arguments of any extant religion, sufficing demonstration of a future existence..."

Sir Edwin Arnold (1832-1904) was an English poet and journalist, who is most known for his work, The Light of Asia. The literary task which he set before him was the interpretation in English verse of the life and philosophy of the East. His chief work with this object is The Light of Asia, which was translated into various languages such as Hindi. 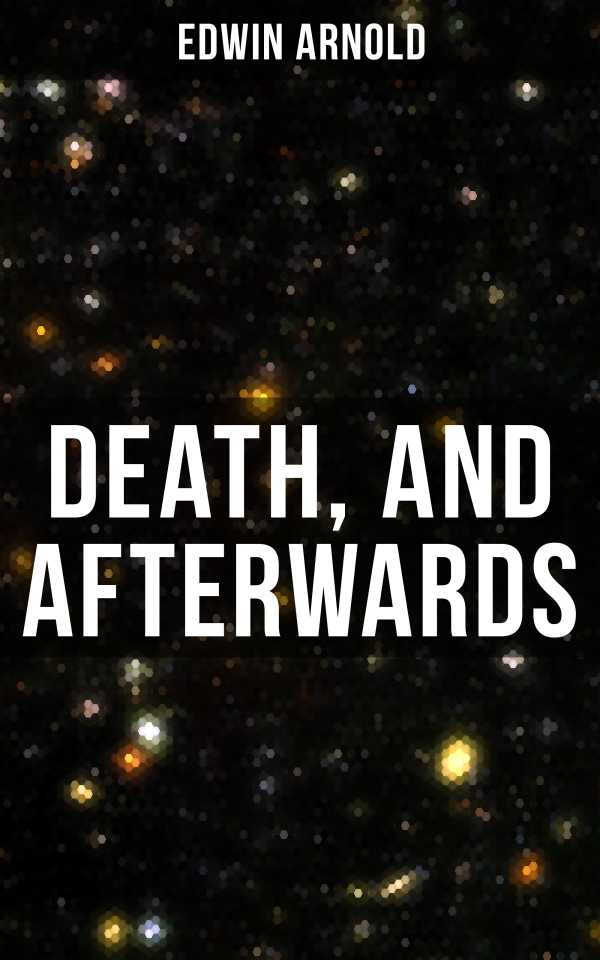 Death, and Afterwards - From the English poet, best known for the Indian epic, dealing with the life and teaching of the Buddha, who also produced a well-known poetic rendering of the sacred Hindu scripture Bhagavad Gita