This mock-epic satire in the eighteenth-century manner is a comic burlesque upon the pretentious pedantry of literary criticism during much of A.D. Hope's lifetime. It was provoked by a contemporary critic's attack on the poetry of Alexander Pope. In his fable, Hope shows the Goddess Dullness urging the critic on to his attack, inspiring him by the promise of elevation to the Throne of Dunces.
Many leading critics make an appearance, among them David Daiches, F.R. Leavis and Northrop Frye. This polished, entertaining poem attacks the barren absurdities of Leavisite criticism under which literature is buried ever deeper, until finally 'one vast snore seals the eclipse of mind'.

Atributos LU
Año de Edición
2013
Descatalogado
SI
Tipo
eBook
Autor
A. D. Hope
ISXN
9781743432235
Idioma
Inglés
Núm. Páginas
104
Peso (Físico)
0
Tamaño Archivo (Virtual)
0.17
DRM (Virtual)
Sí
Formato Electrónico (Virtual)
EPUB
Título
Dunciad Minor
Biografía del Autor
<p>A.D. Hope was born in Cooma in 1907, the son of a Presbyterian minister. After a period working as a schoolteacher and lecturer, he became professor of English at Canberra University College, later part of the ANU, and taught there until 1967, when he became professor emeritus. He first came to public attention in the 1940s as a controversial literary critic, although he had been publishing poetry since the 1930s. His first collection of poems, The Wandering Islands, was not published until 1955, possibly because of its erotic content, but by then his reputation was assured. His second volume of poetry, Collected Poems 1930-1965, was published in 1966 and expanded in 1972. His later poems appeared in The Age of Reason (1985) and Orpheus (1991). He died in 2000 in Canberra.</p> 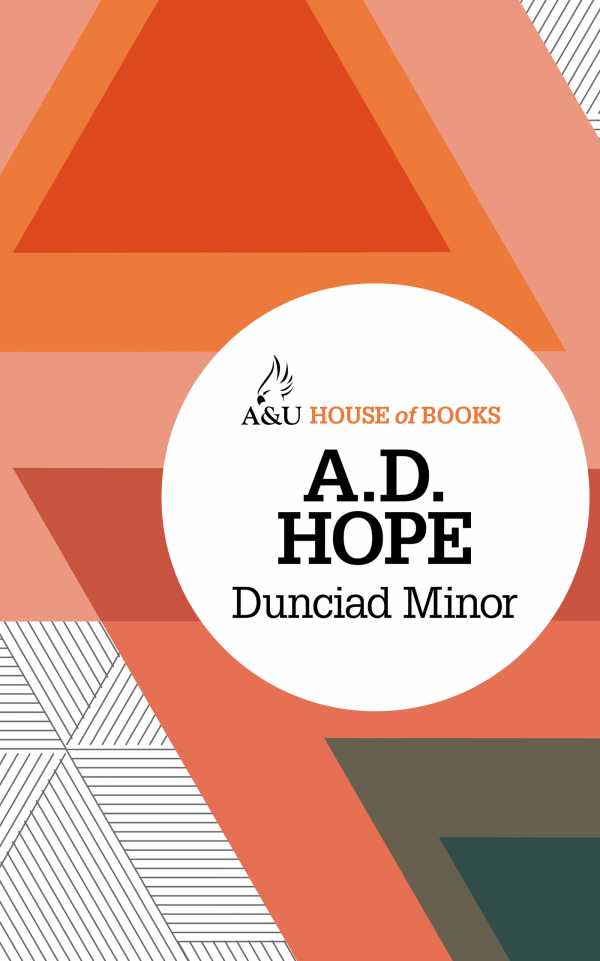