This carefully crafted ebook is formatted for your eReader with a functional and detailed table of contents.
Ariana Grande-Butera (born June 26, 1993), known as Ariana Grande (), is an American singer and actress. She began her career in the Broadway musical 13, before landing the role of Cat Valentine in the Nickelodeon television series Victorious in 2009. The show ended after four seasons, and Grande starred in the spinoff, Sam & Cat, which ended in 2014. She has also appeared in other theatre and television roles, and has lent her voice to animated television and films.
This book has been derived from Wikipedia: it contains the entire text of the title Wikipedia article + the entire text of all the 346 related (linked) Wikipedia articles to the title article. This book does not contain illustrations.
e-Pedia (an imprint of e-artnow) charges for the convenience service of formatting these e-books for your eReader. We donate a part of our net income after taxes to the Wikimedia Foundation from the sales of all books based on Wikipedia content. 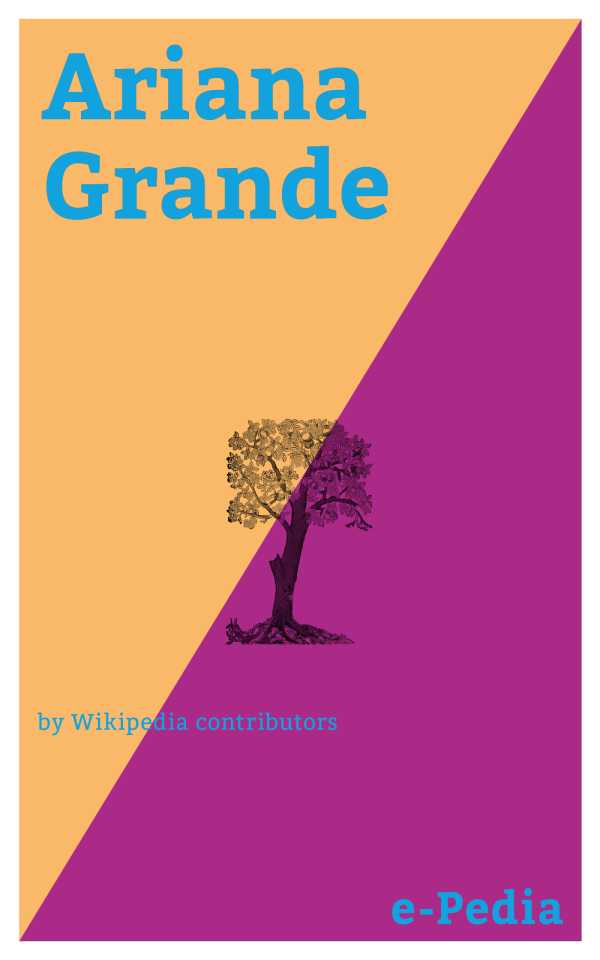