This carefully crafted ebook is formatted for your eReader with a functional and detailed table of contents.
Klay Alexander Thompson (born February 8, 1990) is an American professional basketball player for the Golden State Warriors of the National Basketball Association (NBA). The son of former NBA player Mychal Thompson, he played college basketball for three seasons at Washington State University, where he was a two-time first-team all-conference selection in the Pac-10. Thompson was selected in the first round of the 2011 NBA draft by Golden State with the 11th overall pick. In 2014, he and teammate Stephen Curry set a then NBA record with 484 combined three-pointers in a season, as the pair were given the nickname the "Splash Brothers". Thompson is a three-time NBA All-Star and a two-time All-NBA Third Team honoree. In 2015, he helped lead the Warriors to their first NBA championship since 1975.
This book has been derived from Wikipedia: it contains the entire text of the title Wikipedia article + the entire text of all the 257 related (linked) Wikipedia articles to the title article. This book does not contain illustrations.
e-Pedia (an imprint of e-artnow) charges for the convenience service of formatting these e-books for your eReader. We donate a part of our net income after taxes to the Wikimedia Foundation from the sales of all books based on Wikipedia content. 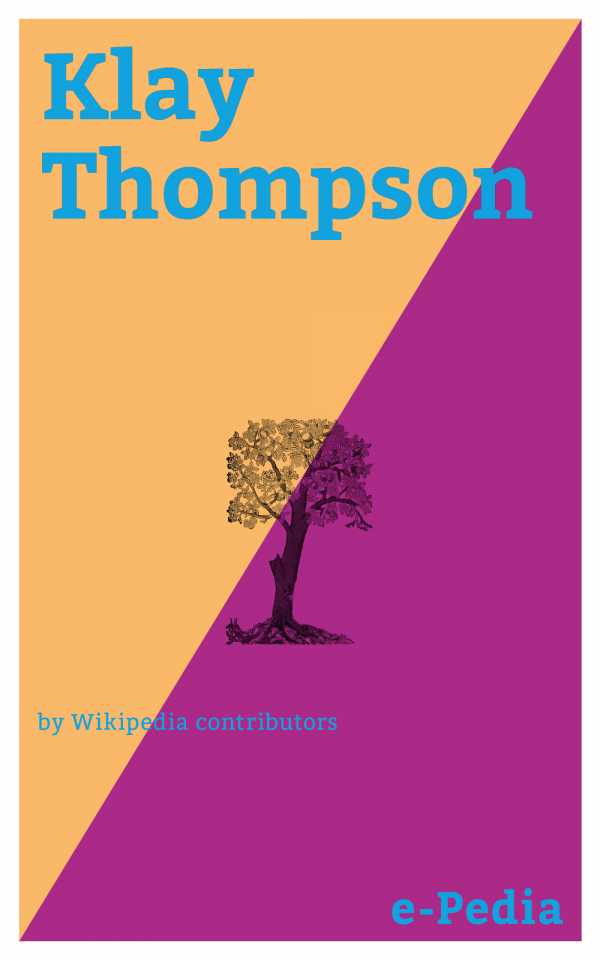