This carefully crafted ebook is formatted for your eReader with a functional and detailed table of contents.
The Flash is an American action television series developed by Greg Berlanti, Andrew Kreisberg, and Geoff Johns, airing on The CW. It is based on the DC Comics character Barry Allen / Flash, a costumed crimefighter with the power to move at superhuman speeds. It is a spin-off from Arrow, existing in the same fictional universe. The series follows Barry Allen, portrayed by Grant Gustin, a crime scene investigator who gains superhuman speed, which he uses to fight criminals, including others who have also gained superhuman abilities. The Flash was renewed in March 2016 for a third season, which premiered on October 4, 2016. On January 8, 2017, The CW renewed the series for a fourth season, which is scheduled to debut on October 10, 2017. As of May 23, 2017, 69 episodes of The Flash have aired, concluding the third season.
This book has been derived from Wikipedia: it contains the entire text of the title Wikipedia article + the entire text of all the 221 related (linked) Wikipedia articles to the title article. This book does not contain illustrations.
e-Pedia (an imprint of e-artnow) charges for the convenience service of formatting these e-books for your eReader. We donate a part of our net income after taxes to the Wikimedia Foundation from the sales of all books based on Wikipedia content. 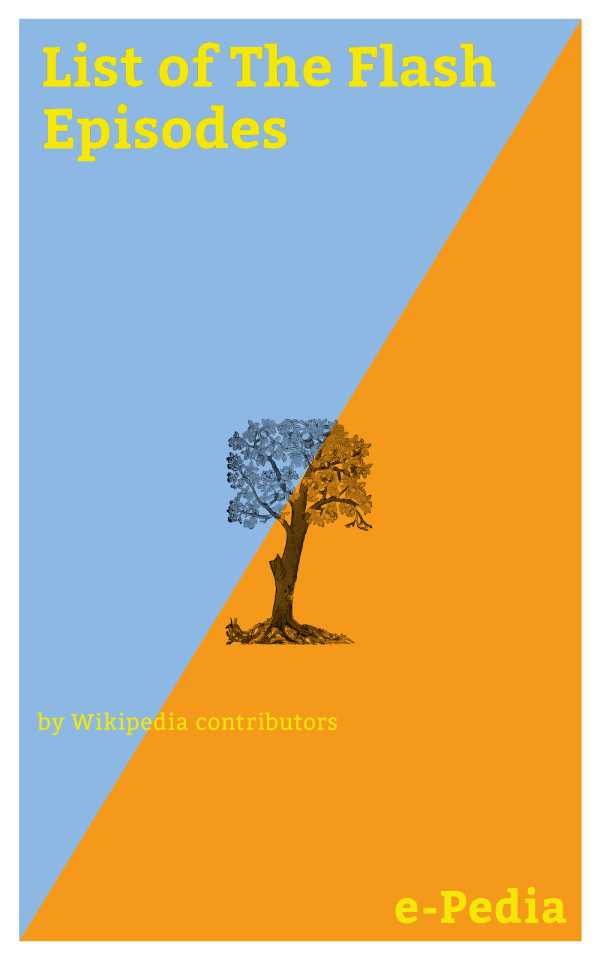 e-Pedia: List of The Flash Episodes - The Flash is an American action television series developed by Greg Berlanti, Andrew Kreisberg, and Geoff Johns, airing on The CW