This carefully crafted ebook is formatted for your eReader with a functional and detailed table of contents.
Payback (2016) was a professional wrestling pay-per-view (PPV) and WWE Network event, produced by WWE. It took place on May 1, 2016, at the Allstate Arena in the Chicago suburb of Rosemont, Illinois. It was the fourth event in the Payback chronology. Eight matches were contested at the event, with two being shown on the pre-show. In the main event, Roman Reigns defeated AJ Styles to retain the WWE World Heavyweight Championship. Critics gave mixed reactions for the event and mocked WWE for promoting the event as the start of a "new era" despite employing several storylines they have been using since the late 1990s.
This book has been derived from Wikipedia: it contains the entire text of the title Wikipedia article + the entire text of all the 173 related (linked) Wikipedia articles to the title article. This book does not contain illustrations.
e-Pedia (an imprint of e-artnow) charges for the convenience service of formatting these e-books for your eReader. We donate a part of our net income after taxes to the Wikimedia Foundation from the sales of all books based on Wikipedia content. 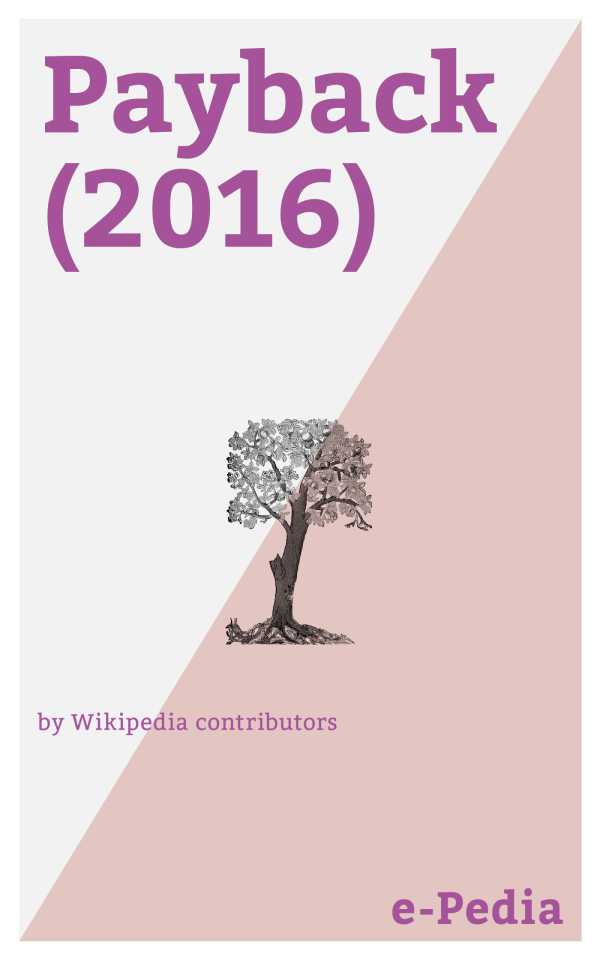