This carefully crafted ebook is formatted for your eReader with a functional and detailed table of contents.
Tupac Amaru Shakur ( TOO-pahk shÉ™-KOOR; born Lesane Parish Crooks; June 16, 1971 ? September 13, 1996), also known by his stage names 2Pac, Makaveli, and Pac, was an American rapper and actor. As of 2007, Shakur has sold over 75 million records worldwide. His double disc albums All Eyez on Me and his Greatest Hits are among the best-selling albums in the United States. He has been listed and ranked as one of the greatest artists of all time by many publications, including Rolling Stone, which ranked him 86th on its list of The 100 Greatest Artists of All Time. He is consistently ranked as one of the greatest and most influential rappers of all time. On April 7, 2017, Shakur was inducted into the Rock and Roll Hall of Fame.
This book has been derived from Wikipedia: it contains the entire text of the title Wikipedia article + the entire text of all the 501 related (linked) Wikipedia articles to the title article. This book does not contain illustrations.
e-Pedia (an imprint of e-artnow) charges for the convenience service of formatting these e-books for your eReader. We donate a part of our net income after taxes to the Wikimedia Foundation from the sales of all books based on Wikipedia content. 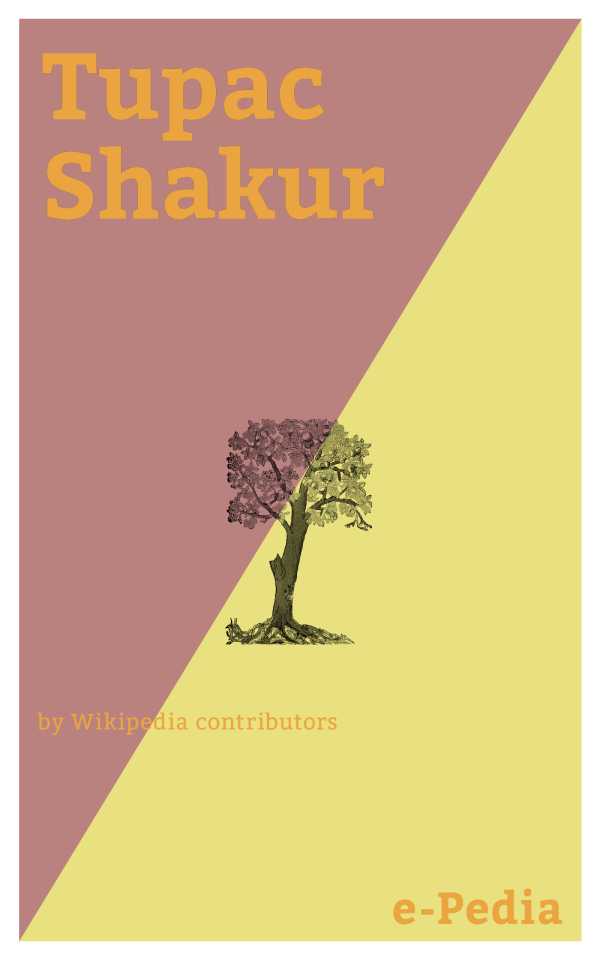