This carefully crafted ebook is formatted for your eReader with a functional and detailed table of contents.
The United States presidential election of 2016 was the 58th quadrennial American presidential election, held on Tuesday, November 8, 2016. The Republican ticket of businessman Donald Trump and Indiana Governor Mike Pence defeated the Democratic ticket of former Secretary of State Hillary Clinton and U.S. Senator from Virginia Tim Kaine. Trump took office as the 45th President, and Pence as the 48th Vice President, on January 20, 2017. Concurrent with the presidential election, Senate, House, and many gubernatorial and state and local elections were also held on November 8.
This book has been derived from Wikipedia: it contains the entire text of the title Wikipedia article + the entire text of all the 1390 related (linked) Wikipedia articles to the title article. This book does not contain illustrations.
e-Pedia (an imprint of e-artnow) charges for the convenience service of formatting these e-books for your eReader. We donate a part of our net income after taxes to the Wikimedia Foundation from the sales of all books based on Wikipedia content. 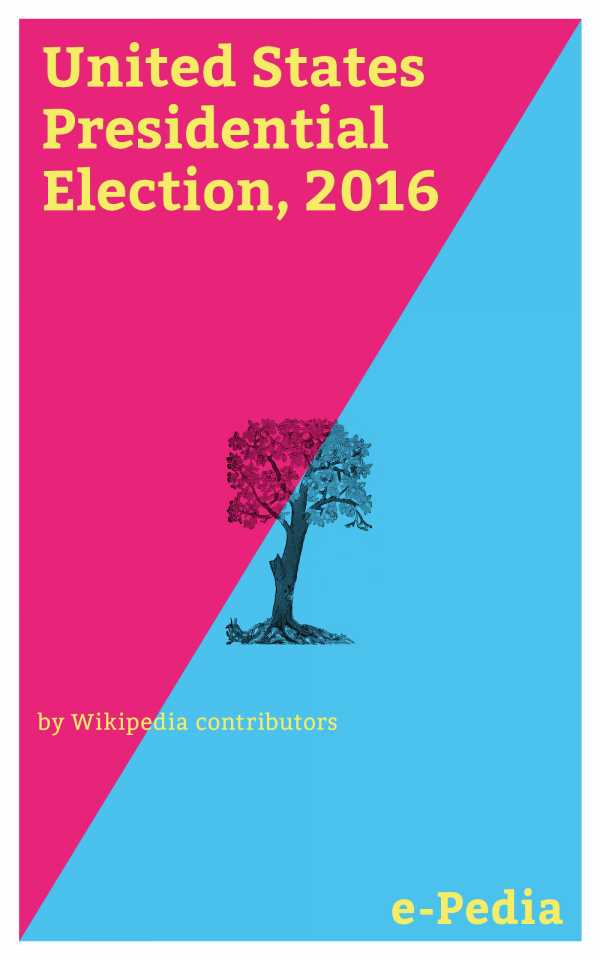