C. L. (Charles Leonard) Hamblin (1922?1985) received his undergraduate degree in philosophy, mathematics, and physics and an M.A. in philosophy at Monash University. He received a Ph.D. at the London School of Economics in language and information theory. From 1955 to 1985 he was Lecturer then Professor in the School of Philosophy of the University of New South Wales, making lasting contributions to both
philosophy and computer science.

Hamblin's Fallacies "was the first full-length scholarly book on fallacies since the Middle Ages, and arguably since Aristotle's Sophistical Refutations itself." Jim Mackenzie, Informal Logic

"As important as it is as a historical study, Hamblin's Fallacies is even more important today for its signal contribution to our understanding
and analysis of informal arguments. . . . with its extensive historical overview and sharp analyses of the logical fallacies." John Plecnik and John Hoaglund

The Advanced Reasoning Forum is pleased to make available this reproduction of the 1970 text with a preface from 1986 in its Classic Reprints series. 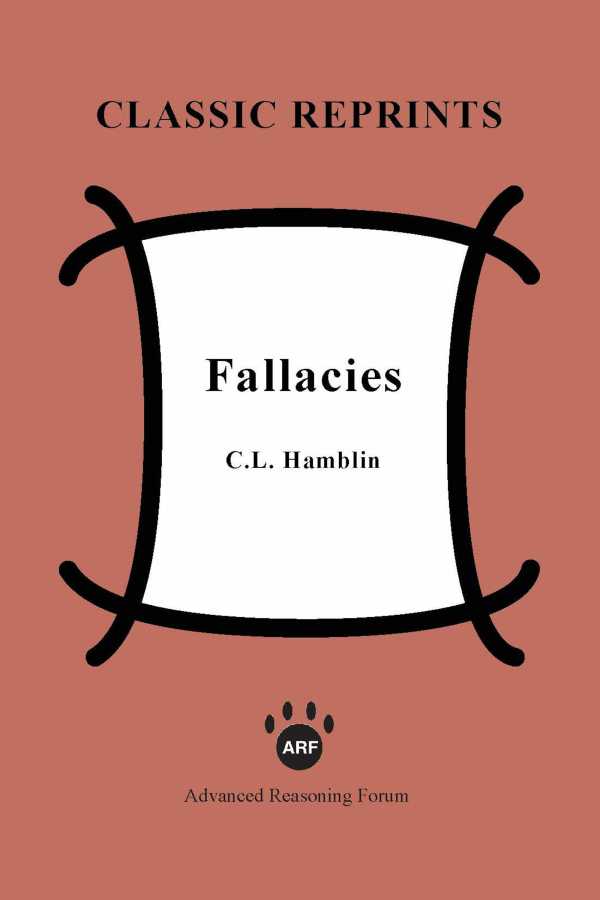