In FATED, 16 year old Scarlet Paine struggles to understand what's happening to her, as she wakes and realizes she's becoming a vampire. Alienated from her parents and her friends, the only person she has left to turn to is Sage, the mysterious boy who has quickly become the love of her life. Yet Sage, whose house she finds boarded up, is nowhere to be found.

Scarlet, alone in the world, with nowhere left to turn, seeks out her friends and tries to reconcile with them. All seems to be patched up when they invite her to join them on a trip to an abandoned island in the Hudson?but as things get out of hand and Scarlet's true powers are revealed, who her friends and enemies are becomes more confusing than ever.

Blake, still interested in her, tries to make amends. He seems sincere, and Scarlet is confused as she has to grapple with whether to be with Blake or to wait for Sage, who is nowhere to be found.

When Scarlet finally finds Sage, they have the most romantic time of her life; yet it is tinged with tragedy, as Sage is dying, with but a few days left to live.

Kyle, meanwhile, turned into the only other vampire left in the world, is on a murderous rampage, seeking Scarlet; Caitlin and Caleb consult with Aiden, and they each embark on different missions?Caleb to stop and kill Kyle, and Caitlin, to the famed Yale University library, to research the ancient relic rumored to both cure and kill vampires for all time.

It is a race against time, and it may be too late. Scarlet is changing rapidly, barely able to control what she's becoming, and Sage is dying with each passing moment. As the book culminates in an action-packed, shocking twist, Scarlet will be left with a monumental choice?one that will change the world forever. Will Scarlet make the ultimate sacrifice to save Sage's life? Will she risk everything she has for love?

"Grabbed my attention from the beginning and did not let go?.This story is an amazing adventure that is fast paced and action packed 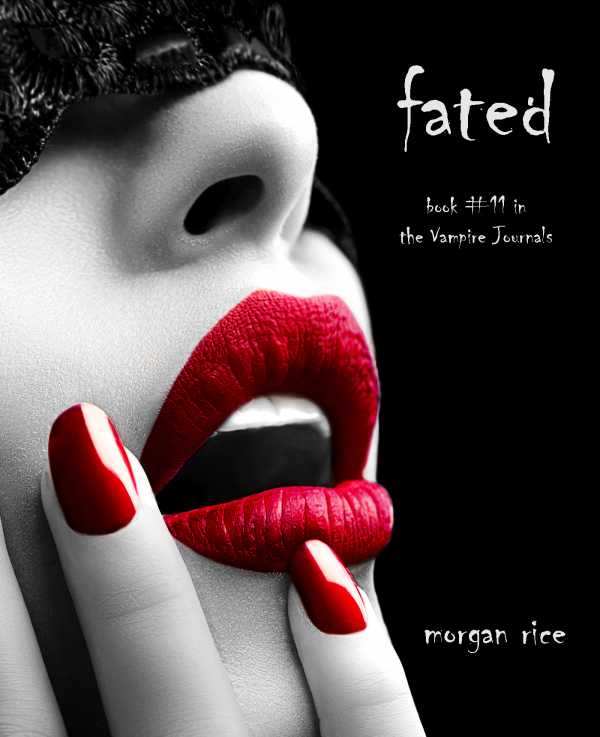 Fated (Book #11 in the Vampire Journals)