This carefully crafted ebook: "First and Last Things - A Confession of Faith and Rule of Life (The original unabridged edition, all 4 books in 1 volume)" is formatted for your eReader with a functional and detailed table of contents. First and Last Things is a 1908 work of philosophy by H. G. Wells. Its main intellectual influences are Darwinism and certain German thinkers Wells had read, such as August Weismann. The pragmatism of William James, who had become a friend of Wells, was also an influence. Table of Contents: Introduction Book the First The Necessity for Metaphysics. The Resumption of Metaphysical Enquiry. The World of Fact. Scepticism of the Instrument. The Classificatory Assumption. Empty Terms. Negative Terms. Logic Static and Life Kinetic. Planes and Dialects of Thought. Practical Conclusions from These Considerations. Beliefs. Summary. Book the Second My Primary Act of Faith. On Using the Name of God. Free Will and Predestination. A Picture of the World of Men. The Problem of Motives the Real Problem of Life. A Review of Motives. The Synthetic Motive. The Being of Mankind. Individuality an Interlude. The Mystic Element. The Synthesis. Of Personal Immortality. A Criticism of Christianity. Of Other Religions. Book the Third Conduct Follows from Belief. What is Good? Socialism. A Criticism of Certain Forms of Socialism. Hate and Love. The Preliminary Social Duty. Wrong Ways of Living. Social Parasitism and Contemporary Injustices. The Case of the Wife and Mother. Associations. Of an Organized Brotherhood. Concerning New Starts and New Religions. The Idea of the Church. Of Secession. A Dilemma. A Comment. War. War and Competition. Modern War. Of Abstinences and Disciplines. On Forgetting, and the Need of Prayer, Reading, Discussion and Worship. Democracy and Aristocracy. On Debts of Honour. The Idea of Justice. Of Love and Justice. The Weakness of Immaturity. Possibility of a New Etiquette. Sex. The Institution of Marriage. 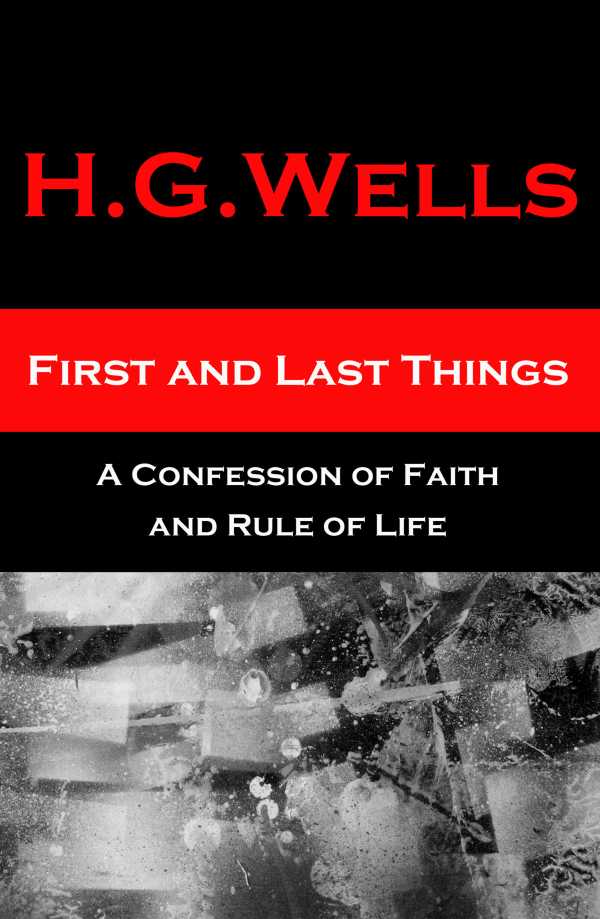