This excellent history of Peru proposes and proves an entirely new thesis on its nineteenth century: the changes in its economy that might have led to a better future were undone by taxes and other demands at the national, provincial and local levels. The failure of Peru owes a good deal to wartime taxes and local tax farming of the countryside. Professor Christine Hunefeldt does for the mundane issue of taxation what she has already done for Peruvian slavery and women's rights; she writes a new history based on the evolution of a tax structure that changed for the worse over time. This is the work of a first-rate, mature scholar at the height of her powers. The book should sit right beside Nils Jacobsen, Brooke Larson, and Alberto Flores Galindo.
Like other recent historians, Hunefeldt rejects the view that the nineteenth century was largely a continuation of Peru's colonial period. She emphasizes the disruptions of independence which involved international battles as well as numerous regional and intraregional fights. Archive stories, beautifully told, flesh out the reality in every chapter. Men were conscripted into armies and their families left to starve without them. Taxes paid once had to be paid again when local offices changed hands. Indians, the most numerous portion of the population in Puno, the area on which Hunefeldt focuses, were often a month at most from complete ruin. Women begging for their sons and husbands to be returned. Traders who had been robbed appealing for justice. Hunefeldt's writing is crisp and available to any educated layman. 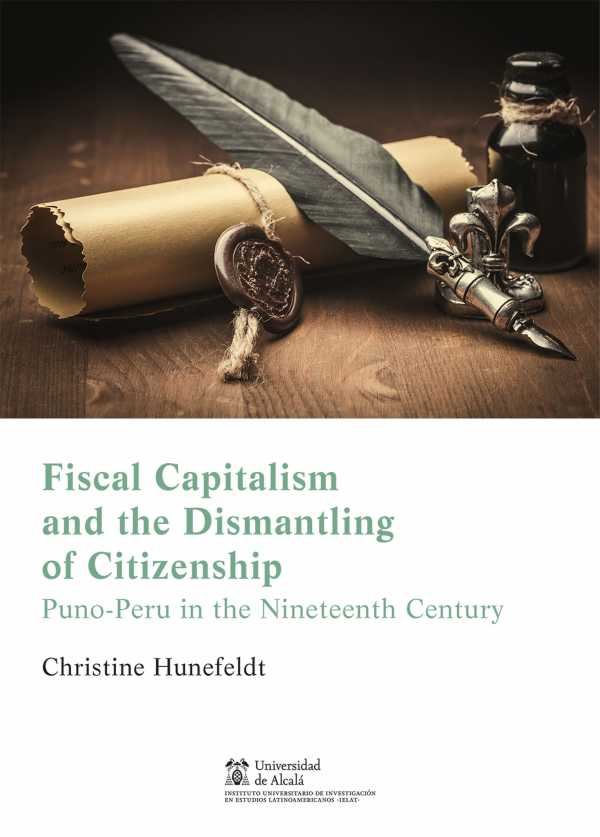 Fiscal capitalism and the dismantling of citizenship in Puno, Peru