Did you know that Australians were actually the first in the world to:
* put wine in cardboard casks
* explore both the Arctic and Antarctic by air
* invent a portable pacemaker
* manufacture and market the one-piece bathing suit
* develop the wire-guided missile?
Australians are among the most outstanding innovators on the planet, leading the world in achievements across many fields such as sport, the arts, medicine, transport and exploration.
Before Arthur Conan Doyle, Australia's own Mary Fortune was the first female author of detective fiction and one of the most prolific crime writers of the nineteenth century.
The glowing fire of Australian opals would have probably remained unknown to the world gem market if it hadn't been for Tullie C. Wollaston.
Kay Cottee was the first woman to complete a single-handed non-stop circumnavigation of the world by sea, and long before the successes of Mark Webber there was Sir Jack Brabham, the first person to win a Formula One World Championship in a car that he designed himself.
Great Australian World Firsts tells the stories of thirty remarkable Australians, many of whom are long overdue for recognition, and will delight and inspire with insights into unique human achievement.

Atributos LU
Año de Edición
2013
Descatalogado
SI
Tipo
eBook
Autor
Chrystopher J Spicer
Subtítulo
The things we made, the things we did
ISXN
9781742693750
Idioma
Inglés
Núm. Páginas
320
Peso (Físico)
0
Tamaño Archivo (Virtual)
2.84
DRM (Virtual)
Sí
Formato Electrónico (Virtual)
EPUB
Título
Great Australian World Firsts
Biografía del Autor
<p>In 2002, Chrystopher J. Spicer became an Australian who was first when his acclaimed biography Clark Gable was published in the United States by McFarland to mark the centenary of Gable\'s birth. Empire film magazine observed that the biography had a \'meticulously researched and respectful approach\'.<br>Spicer has been writing about Australian and American film and history for many years. He was a contributing editor of the former monthly Australian arts magazine The Melburnian, and has written for a number of magazines and newspapers in Australia and the U.S. He was also a major contributor to the Encyclopedia of Melbourne (Cambridge University Press, 2004), the first encyclopedia of an Australian city to be compiled in this country.<br>Spicer teaches writing at James Cook University in Queensland.</p> 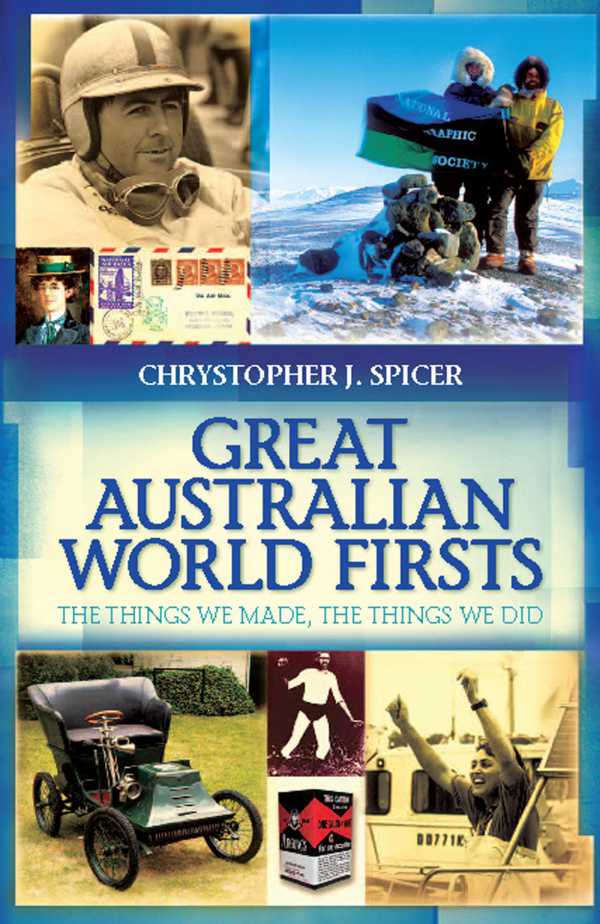