History of the Expedition to Russia, Undertaken by the Emperor Napoleon in the Year 1812 is a historical account of the French invasion of Russia, written by French general and a historian Count Philip de Segur. The French invasion of Russia of 1812 was begun by Napoleon to force Russia back into the Continental blockade of the United Kingdom. On 24 June 1812 and the following days, the first wave of the multinational Grande Armée crossed the border into Russia with somewhere around 600,000 soldiers, the opposing Russian field forces amounted to around 180,000?200,000 at this time. Through a series of long forced marches, Napoleon pushed his army rapidly through Western Russia in a futile attempt to destroy the retreating Russian Army of Michael Andreas Barclay de Tolly, winning just the Battle of Smolensk in August. Under its new Commander in Chief Mikhail Kutuzov, the Russian Army continued to retreat employing attrition warfare against Napoleon forcing the invaders to rely on a supply system that was incapable of feeding their large army in the field. The fierce Battle of Borodino, seventy miles west of Moscow, was a narrow French victory that resulted in a Russian general withdrawal to the south of Moscow near Kaluga. On 14 September, Napoleon and his army of about 100,000 men occupied Moscow, only to find it abandoned, and the city was soon ablaze. Napoleon stayed in Moscow for 5 weeks, waiting for a peace offer that never came. Lack of food for the men and fodder for the horses, hypothermia from the bitter cold and guerilla warfare from Russian peasants and Cossacks led to great losses. Three days after the Battle of Berezina, only around 10,000 soldiers of the main army remained. On 5 December, Napoleon left the army and returned to Paris.

Atributos LU
Año de Edición
2021
Tipo
eBook
Autor
Count Philip de Segur
Subtítulo
Undertaken by the Emperor Napoleon in the Year 1812
ISXN
4066338118561
Idioma
Inglés
Núm. Páginas
578
Peso (Físico)
0
Tamaño Archivo (Virtual)
1.71
DRM (Virtual)
Sí
Formato Electrónico (Virtual)
EPUB
Título
History of the Expedition to Russia
Biografía del Autor
<p>Count Philip de Segur (1780-1873) was a French general and a historian. During his first retirement between 1818 and 1830 he wrote his History of the Napoleon\'s Expedition to Russia which ran through numerous editions, and was translated into several languages. The unfavorable portrait of Napoleon given in this book provoked representations from General Gourgaud, and eventually a duel, in which S&eacute;gur was wounded.</p> 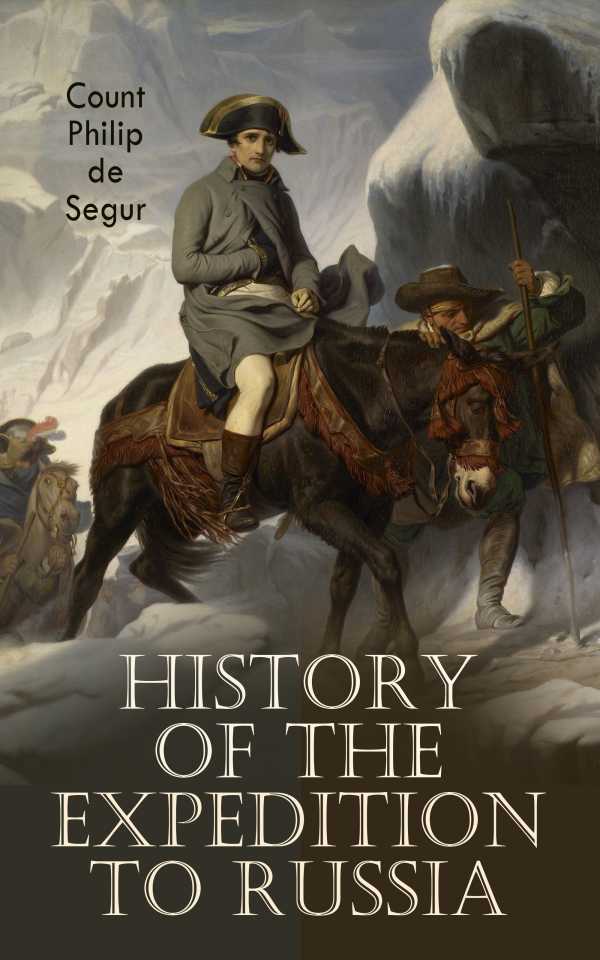