In the year 1861 a meeting was convened at the Education Office, Toronto, with the view of establishing an Historical Society for Upper Canada. The writer, as an Upper Canadian by birth, and deeply interested in his country with respect to the past as well as the future, was present. The result of that meeting was the appointment of a Committee to frame a Constitution and By-Laws, and take the necessary steps to organize the proposed Society, and to report three weeks thereafter.

The Committee consisted of the Hon. Mr. Merritt, Rev. Dr. Ryerson, Col. Jarvis, Mr. DeGrassi, Mr. Merritt, J. J. Hodgins, Dr. Canniff and Mr. Coventry. For reasons unknown to the writer, this Committee never even met. The following year the writer received a printed circular respecting an "Historical Society of Upper Canada" which had been established at St. Catharines, of which Col. John Clarke, of Port Dalhousie, was President; Hon. Wm. H. Merritt, Vice-President, and George Coventry, of Cobourg, Secretary.

"HONORARY MEMBERS."
"Chief Justice Sir John Beverley Robinson, Bart.,
Colonel Jarvis, Toronto,
Doctor Canniff, Toronto,
Henry Eccles, Esq., Q.C.,
William H. Kittson, Esq., Hamilton,
Henry Ruttan, Esq., Cobourg,
The Venerable Lord Bishop of Toronto,
Alfio DeGrassi, Esq., Toronto,
J. P. Merritt, St. Catharines,
Thomas C. Keefer, Esq., Yorkville,
Hon. George S. Boulton, Cobourg,
David, Burn, Esq., Cobourg."
At the request of this Society the writer undertook to prepare a Paper upon the Settlement of the Bay Quinté. Having been induced to take up his abode for a time at Belleville, near which he was born, the writer availed himself of every opportunity he could vicreate while engaged in his professional duties, during a period of five years, to collect facts pertaining to the subject. After some months of labor, he was advised by friends, in whose judgment he had confidence, to write a History of the Bay Quinté, for publication. 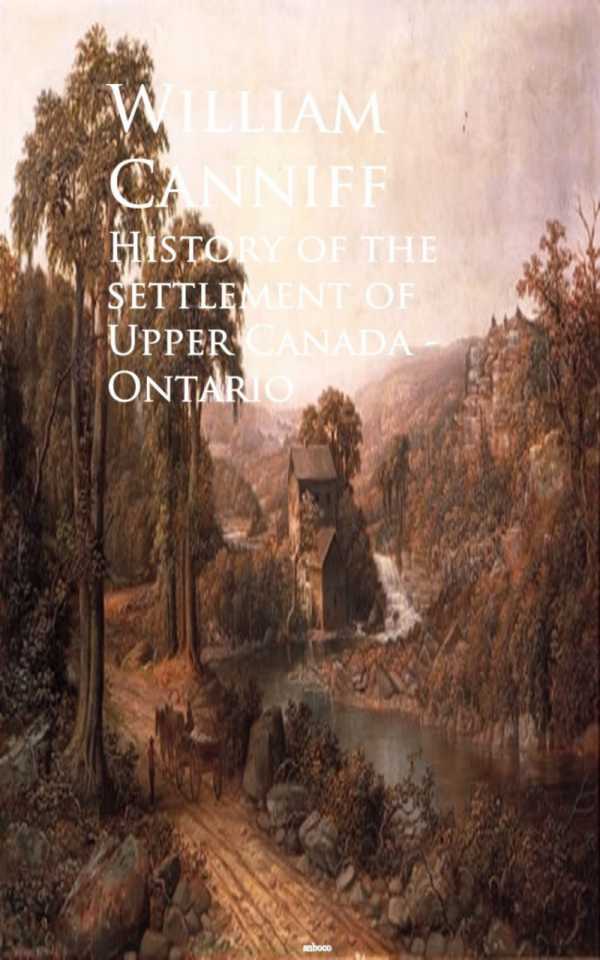 History of the settlement of Upper Canada - Ontario