How to Be a Superpower focuses on the role and self-perception of public intellectuals in 21st-century America. Drawing on a series of interviews conducted with the most prominent 'professional thinkers' in the field of foreign policy since 9/11, from Noam Chomsky via Francis Fukuyama to Michael Walzer. With his fascinating interviews, Tobias Endler illustrates how intellectuals inspire, influence, and participate in the nation's current public discourse and opinion-shaping process. This unique and insightful book explores the role and self-perception of 21st-century American intellectuals. Challenging the idea that intellectuals are becoming increasingly irrelevant, this book argues that they have managed to stake out a significant role in present society. Accelerated and intensified by the events of September 11, renowned experts in the field of foreign policy such as Zbigniew Brzezinski, Noam Chomsky, Francis Fukuyama, Anne-Marie Slaughter, and Michael Walzer have engaged in a vibrant public political debate on the global status of the United States ? and very successfully so. 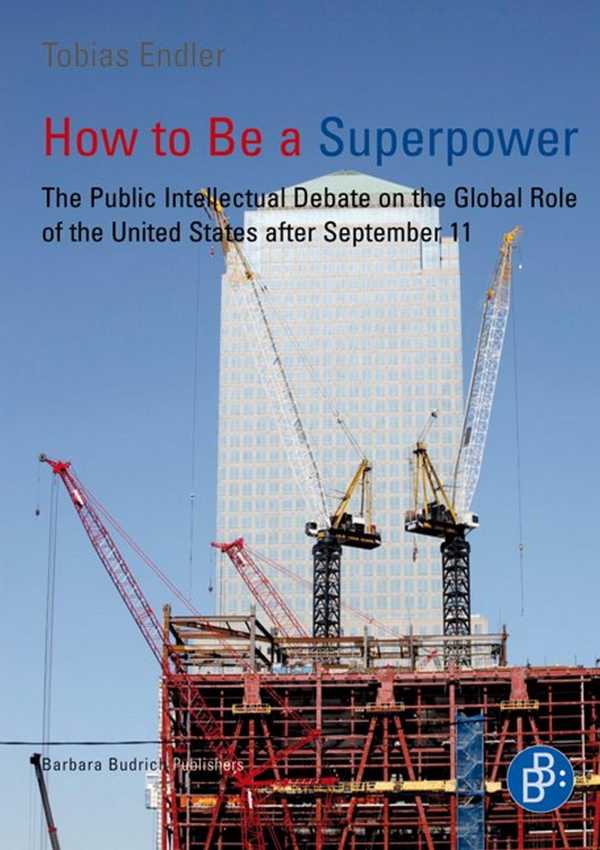