EbookLibros sobre Ciencias SocialesHistoriaHuman Leopards - An Account of the Trials of Humaeone, Past and Present

Captain Beatty, just before leaving for the Dardanelles, asked me to write a preface. I think that the best preface will be to answer, as far as I am able, several questions which were frequently put to me on my return to civilization after the conclusion of the Special Commission Court. These questions were, "What was the object of the Human Leopard Society? Were its members cannibals for the purpose of satisfying an appetite for human flesh, or was it some religious rite? Would the sentences inflicted by the Special Commission Court have the effect of stamping out the horrible practice?"

The first question can be answered with some confidence. The trend of the whole evidence showed that the prime object of the Human Leopard Society was to secure human fat wherewith to anoint the Borfima. The witnesses told us how the occasion of a murder is used to "blood" the Borfima, but the potency of this terrible fetish depends upon its being frequently supplied with human fat. Hence these murders.

The question as to cannibalism it is not possible to answer with any degree of certainty. The Commission sat for over five months, had before it vihundreds of witnesses, and the notes of evidence ran into thousands of pages; but the Court was a judicial tribunal, and it was anxious to bring its labours to an end as speedily as possible, so that no question was asked or allowed by the Court which was not relevant to the issue. Again and again answers given by witnesses opened up avenues which it would have been most interesting to investigate, but, unless the investigation was relevant to the case in hand or would have served to elucidate some other part of the evidence which was doubtful, the Court could not allow it to be pursued. Nor would it have been seemly for the members of the Court to make private investigation into a matter before them judicially. 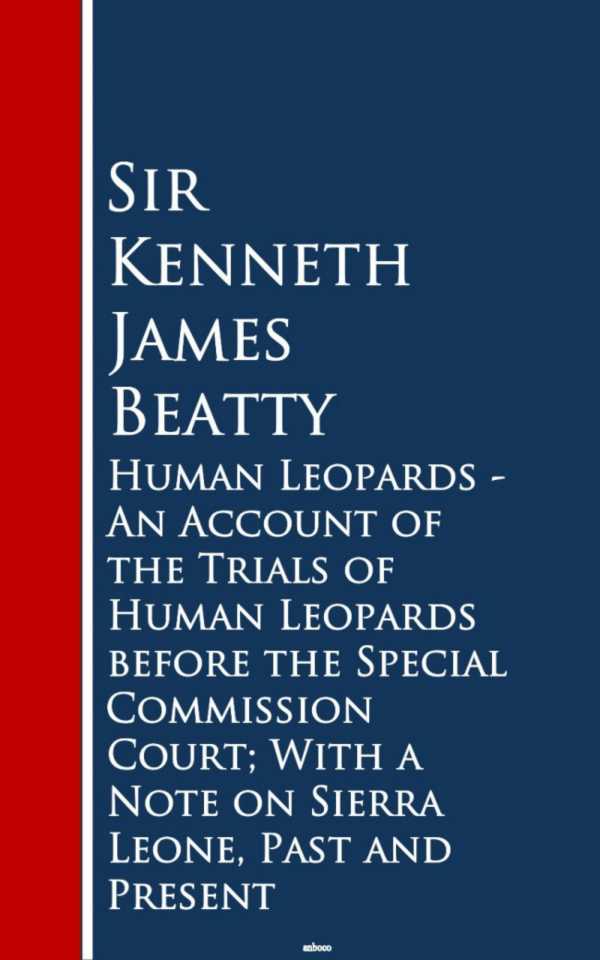 Human Leopards - An Account of the Trials of Humaeone, Past and Present