EbookLibros de LiteraturaLiteratura en GeneralJohn Keats: His Life, His Letters & His Literary Remains (Knowing the Man Behind the Lyrics)

This carefully edited collection has been designed and formatted to the highest digital standards and adjusted for readability on all devices.
John Keats (1795-1821) was an English Romantic poet. The poetry of Keats is characterized by sensual imagery, most notably in the series of odes. Today his poems and letters are some of the most popular and most analyzed in English literature. During the 19th century, critics deemed them unworthy of attention, distractions from his poetic works. During the 20th century they became almost as admired and studied as his poetry, and are highly regarded within the canon of English literary correspondence. T. S. Eliot described them as "certainly the most notable and most important ever written by any English poet." Keats spent a great deal of time considering poetry itself, its constructs and impacts, displaying a deep interest unusual amongst his milieu who were more easily distracted by metaphysics or politics, fashions or science.
Table of Contents:
Biographies:
Life of John Keats by Sidney Colvin
Life, letters, and literary remains, of John Ketas by Richard Monckton Milnes
Complete Letters:
To Messrs, Taylor and Hessey
To Jane Reynolds
To Charles Wentworth Dilke
To Joseph Severn
To John Taylor
To Benjamin Robert Haydon
To Benjamin Bailey
To John Hamilton Reynolds
To George and Thomas Keats
To Fanny Keats
To James Rice
To Leigh Hunt
To Richard Woodhouse
To Thomas Keats
To James Elmes
To Mrs. Brawne
To Charles Cowden Clarke
To George and Georgiana Keats
To Percy Bysshe Shelley
To Mrs. Reynolds
To Georgiana Keats
To Mariane and Jane Reynolds
To Mrs. Wylie
To Charles Brown? 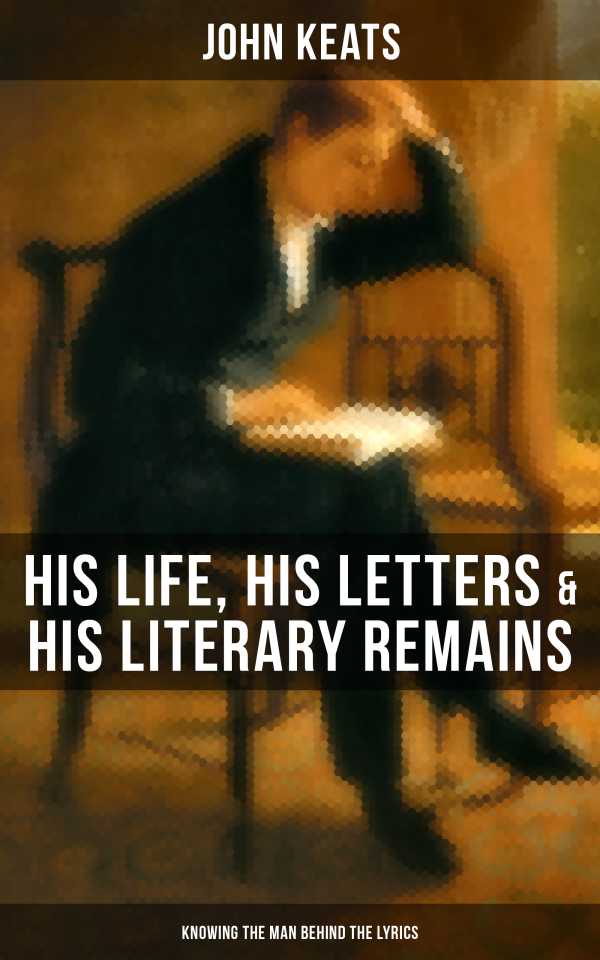 John Keats: His Life, His Letters & His Literary Remains (Knowing the Man Behind the Lyrics) - Complete Letters and Two Extensive Biographies