Javier Pérez Pont and Esperanza Aparicio Romero were professional dancers for more than 15 years, working as soloists and principals in several European companies. In 1994 they discovered the Pilates method of body conditioning. Javier and Esperanza moved to New York to study with the legendary Romana Kryzanowska and her daughter Sari Mejía Santo. They stood for a time beside these two teachers in order to improve their knowledge and reach Level II, becoming international trainers of the organization.

At the end of 1999 decided to return to Spain and settled in Barcelona. Making this city the seat of the first Pilates Studio in Spain, endorsed and supported by his two teachers. In 2002 launched the Teacher Certification Program in Spain under the tutelage of the two teachers mentioned.

In 2005 they published "The Authentic Pilates Method, The Art of Control" with Editorial Planeta, having been a bestseller not only in Spain but throughout Spanish-speaking America. In 2012 Javier and Esperanza published a collection of seven e-books under the general title of "Contrology Pilates Physical Culture" with HakaBooks e-Ditions about the technique of the method and apparatus. Available in Spanish, English and Portuguese.

In this moment Javier Pérez Pont still working on the second part of "The Biography" and on a new book dedicated to finding the ethical, moral and personal estate of Contrology. A dive into the depths of the origin and development of this art, which closely links author and work as a whole. A new book that aims to regain lost the true spirit of Contrology.

For the first time ever we have the chance to find out the truth about Joseph Pilates.

A Book that will dispel the false myths concerning this historical figure, bring us closer to who Joe really was and what his Contrology meant. 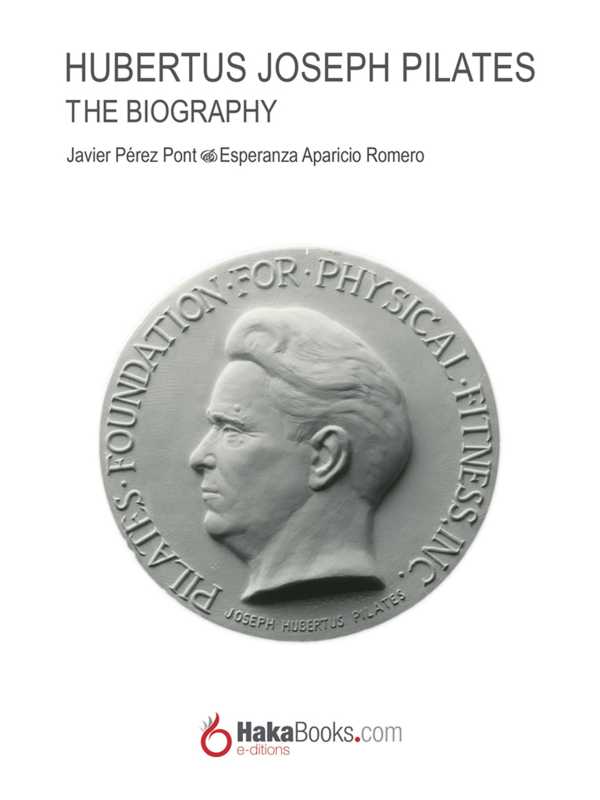