"Kotto: Being Japanese Curios, with Sundry Cobwebs" by Lafcadio Hearn
This volume begins with folk tales from Japan, including the last to be adapted by Masaki Kobayashi in his 1965 film celebrating Hearn's work, and follows into a handful of essays tangentially related to Japanese culture from Hearn's era. It includes: The Legend of Yurei-Daki, In a Cup of Tea, Common Sense, IkiryÅ, ShiryÅ, The Story of O-Kamé, Story of a Fly, Story of a Pheasant, The Story of ChÅ«gorÅ, A Woman's Diary, Heiké-gani, Fireflies, A Drop of Dew, Gaki, A Matter of Custom, Revery, Pathological, In the Dead of the Night, Kusa-Hibari, The Eater of Dreams. 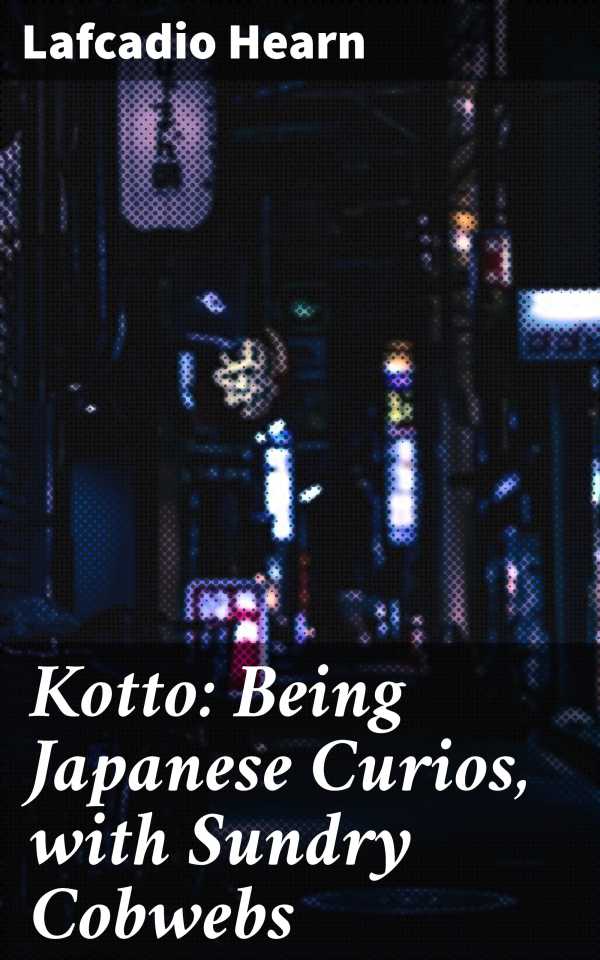