EbookLibros de Educación Física y DeporteMust Have. Nice to Have

Written by major sports event organizer Filippo Bazzanella and sports communications/operations manager Egon Theiner, "Must Have, Nice to Have!" examines how major sports events are organized and gives an in-depth look into the synergies between sports, media, politics and business. It documents the excesses, wasted public investments, abandoned stadiums and "white elephant" projects that have been made in the name of sporting excellence in recent years, and that have caused increasing controversy. In addition, it discusses the often negative public attitudes toward event bidding and staging currently prevalent in many parts of the globe, and offers a practical response to the measures announced by the International Olympic Committee in its 40-step reform program Agenda 2020 at the end of 2014.

Based on interviews, case studies and examples of good practice, the book provides pragmatic, constructive advice and examples of organizational systems that could be useful to future organizers adopting a structured and "human-scale" approach that trims budgets, refocuses events back on sports and that reflects the needs and views of all the different stakeholders involved.

Atributos LU
Año de Edición
2015
Descatalogado
NO
Tipo
eBook
Autor
Filippo Bazzanella, Egon Theiner
Subtítulo
How to establish big sport events on a human scale again
ISXN
9783902480286
Idioma
Inglés
Núm. Páginas
256
Peso (Físico)
0
Tamaño Archivo (Virtual)
6.18
DRM (Virtual)
Sí
Formato Electrónico (Virtual)
EPUB
Título
Must Have. Nice to Have
Biografía del Autor
<p>Filippo Bazzanella is an international sport events specialist and academic, who masterminded the Trentino bid for the Winter Universiade 2013 and worked as Secretary General of the event\'s Organizing Committee. His career in sport spans long major sports event organization as Olympic Games, university sports projects and acting as a soccer agent. Bazzanella holds the MEMOS (Executive Masters in Sports Organization Management - endorsed by IOC) and has also served the Italian tourism for many years as Director of Dolomiti Tourism and Cortina d\'Ampezzo Tourism.<br><br>Egon Theiner is a journalist, book author, and communications expert, specialized in sports and in media facility organization. Among the highlights of his long and varied career, he was the Media Operations Manager at the Winter Youth Olympic Games in Innsbruck 2012, as well as Overall Project Media Manager and Head of Press Operations and International Communications at the Universiade in Trentino 2013.</p> 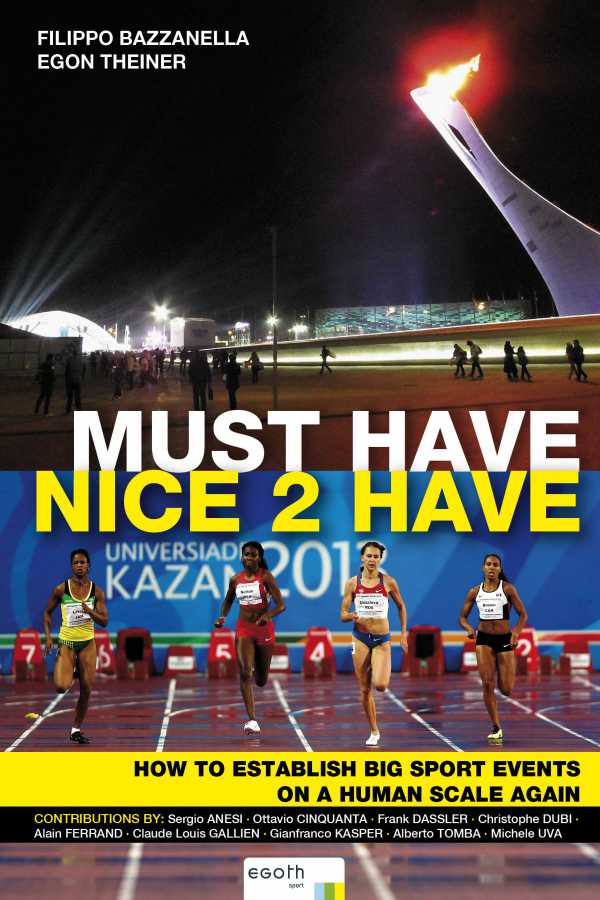 Must Have. Nice to Have - How to establish big sport events on a human scale again