The analysis of the emergence and development of a number of new-imperialist countries became necessary because this new phenomenon dramatically calls into question the present fabric of the imperialist world system.
On the firm foundation of the analysis of imperialism, starting from Lenin, since 1969 the MLPD has fundamentally and concretely analyzed new manifestations and essential changes using the dialectical-materialist method: state-monopoly capitalism in the Federal Republic of Germany, the restoration of capitalism in the Soviet Union and in China, the emergence of neocolonialism, the reorganization of international production and the development of the environmental crisis. This "Blue Supplement" builds upon this ideological-political line, worked out in programmatic documents and the system of MLPD's theoretical organ, Revolutionärer Weg, and develops it further.
The book Dawn of the International Socialist Revolution advanced the thesis of the emergence and development of new-imperialist countries for the first time in 2011. The present analysis provides scientific proof of this well-founded thesis.
This analysis is a contribution to a consciousness-raising discussion among the masses of workers, women and youth. In addition, it sets out the position of the MLPD vis-à-vis the international revolutionary and working-class movement for the discussion on the 100th Anniversary of the Russian October Revolution.

Atributos LU
Año de Edición
2017
Tipo
eBook
Autor
Stefan Engel
ISXN
9783880214705
Idioma
Inglés
Núm. Páginas
80
Peso (Físico)
0
Tamaño Archivo (Virtual)
4.89
DRM (Virtual)
Sí
Formato Electrónico (Virtual)
PDF
Título
On the Emergence of the New-Imperialist Countries
Biografía del Autor
<p>Stefan Engel was born in 1954. As a trained mechanic he worked in several large factories. He is a free publicist today. He has been politically active since 1968 and has exercised leading functions in the Marxist-Leninist and working-class movement in Germany since 1975.<br>More and more he has also taken on tasks in the coordination of the international revolutionary and working-class movement. His most important theoretical contributions are contained, inter alia, in the books, The Struggle Over the Mode of Thinking in the Working-Class Movement and Class Struggle and the Struggle for the Liberation of Women.<br>The book, Dawn of the International Socialist Revolution, follows up on the topic of his best-known book to date, Twilight of the Gods ? G&ouml;tterd&auml;mmerung over the \"New World Order\".</p> 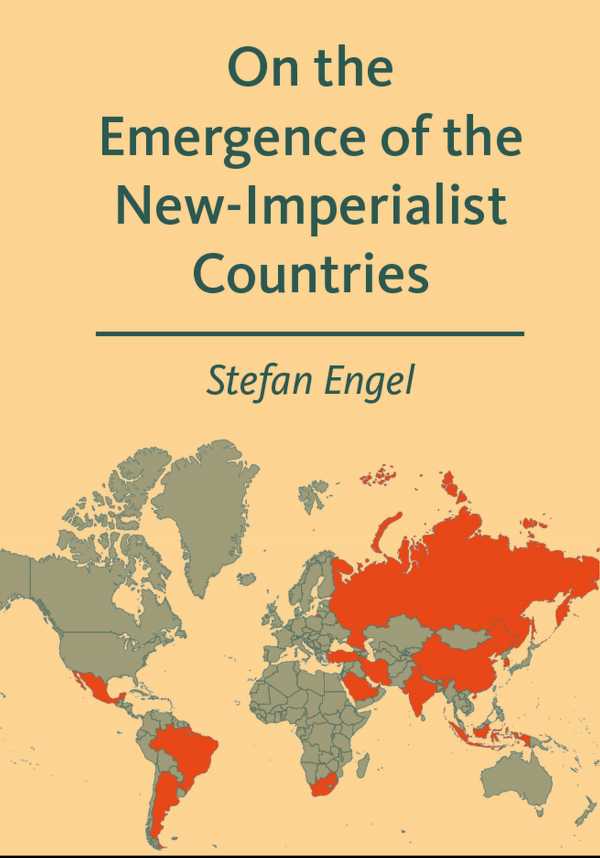 On the Emergence of the New-Imperialist Countries