This comprehensive text, prepared by experts in their field, provides a quick and effective way for both residents and busy clinicians to review important information and published literature in dentoalveolar surgery and implantology, anesthesiology, medicine, pathology, orthognathic surgery, craniofacial and reconstructive surgery, cosmetic surgery, and TMJ disorders and facial pain, as well as to gain new knowledge in these areas. The content is organized in bullet-point format and complemented by numerous illustrations, tables, and algorithms, making the material easy to remember. This is an excellent resource for board preparation as well as recertification. 187 illus.

Atributos LU
Año de Edición
2020
Tipo
eBook
Autor
Din Lam, Daniel Laskin
Subtítulo
A Study Guide
ISXN
9780867157031
Idioma
Inglés
Núm. Páginas
440
Peso (Físico)
0
Tamaño Archivo (Virtual)
30.36
DRM (Virtual)
Sí
Formato Electrónico (Virtual)
EPUB
Título
Oral & Maxillofacial Surgery Review
Biografía del Autor
<p>Dr Din Lam, DMD, MD, Dr. Din Lam is a board certified oral and maxillofacial surgeon. He received his oral and maxillofacial surgery training at Columbia University. Upon completion of his residency, he went on to pursue fellowship training in head and neck oncology. Before moving to Charlotte, NC, Dr. Lam spent his prior career in academia at Virginia Commonwealth University (VCU). During his tenure at VCU, he co-authored three textbooks, published four peer-reviewed articles, conducted eight clinical research projects, and presented numerous abstracts at conferences. In 2014, he moved to the hometown of his wife, Sue, in North Carolina to raise their two beautiful children, Auston and Stephen. In his free time, Dr. Lam enjoys spending time with his family and watching his children grow into young adults. Dr. Lam clinical interests include dental implants, pathology, oral cancer, and reconstructive surgery. Dr. Lam remains active in both state and local societies. He is honored to have the opportunity to serve and care for patients in this community.<br><br>Daniel M. Laskin, DDS, MS, has been a major contributor to the field of oral and maxillofacial surgery for more than 50 years. He received his dental degree from the Indiana University School of Dentistry in Indianapolis, Indiana, and his master of science in oral pathology from the University of Illinois at Chicago (UIC) in Chicago, Illinois. He completed his postgraduate studies in oral surgery at UIC and a 1-year residency at the John H. Stroger Jr. Hospital of Cook County in Chicago, Illinois. He served at the UIC College of Dentistry for more than 30 years, departing in 1983 as Professor Emeritus. In 1984, he left Chicago to serve as Professor and Chairman of the Department of Oral and Maxillofacial Surgery at the VCU School of Dentistry and of the Division of Oral and Maxillofacial Surgery of the Department of Surgery VCU School of Medicine. He directed the VCU Temporomandibular Joint and Facial Pain Research Center from 1984 to 2002. He achieved Professor Emeritus status from the VCU School of Dentistry in 2002, where he remains involved and continues to lecture. He has served as President of the American Association of Oral and Maxillofacial Surgeons (1976&not;1977), the International Association of Oral and Maxillofacial Surgeons (1983&not;1986), and the National Academies of Practice (2002&not;2004). He is a fellow in Dental Surgery at the Royal College of Surgeons of England and the Royal College of Physicians and Surgeons of Glasgow (Hon). He is also a fellow of the American College of Dentists, the American Association for the Advancement of Sciences, the International College of Dentists, and the American Dental Society of Anesthesiology. He has served on the editorial board of more than 20 publications, contributed to more than 900 publications in OMFS and dental research, and has authored or coauthored 18 books. Throughout his career, Dr Laskin\'s research has focused on connective tissue physiology and pathology, craniofacial growth, and the temporomandibular joint. His contributions to the field and his dedication to dental education have earned him a large number of honors and fellowships, and the impacts of his career will continue to benefit the field of oral and maxillofacial surgery for decades to come.</p> 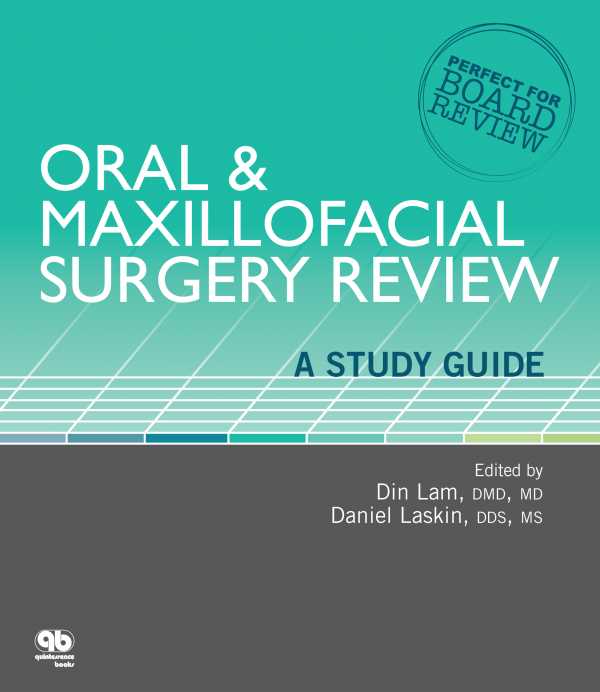