This carefully crafted ebook: "RUDYARD KIPLING PREMIUM COLLECTION: His Greatest Works in One Volume (Illustrated)" is formatted for your eReader with a functional and detailed table of contents. "The Jungle Book" is a collection of stories and fables, using animals in an anthropomorphic manner to give moral lessons. The verses of The Law of the Jungle, for example, lay down rules for the safety of individuals, families and communities. The best-known of them are the three stories revolving around the adventures of an abandoned "man cub" Mowgli who is raised by wolves in the Indian jungle. The most famous of the other four stories are probably Rikki-Tikki-Tavi and Toomai of the Elephants. "The Second Jungle Book" is a sequel which features five stories about Mowgli and three unrelated stories, all but one set in India, most of which Kipling wrote while living in Vermont. "The Man Who Would Be King" is a novella about two British adventurers in British India who become kings of Kafiristan, a remote part of Afghanistan. The story was inspired by the exploits of James Brooke, an Englishman who became the first White Rajah of Sarawak in Borneo. "Kim" is and adventure novel about the orphaned son of an Irish soldier and a poor Irish mother who have both died in poverty. Living a vagabond existence in India under British rule in the late 19th century, Kim earns his living by begging and running small errands on the streets of Lahore. "The Just So Stories" are a highly fantasized origin stories, especially for differences among animals, they are among Kipling's best known works. "The Light That Failed" "Captain Courageous" "Plain Tales from the Hills" Rudyard Kipling (1865?1936) was an English short-story writer, poet, and novelist. He wrote tales and poems of British soldiers in India and stories for children. He is regarded as a major innovator in the art of the short story; his children's books are classics of children's literature. 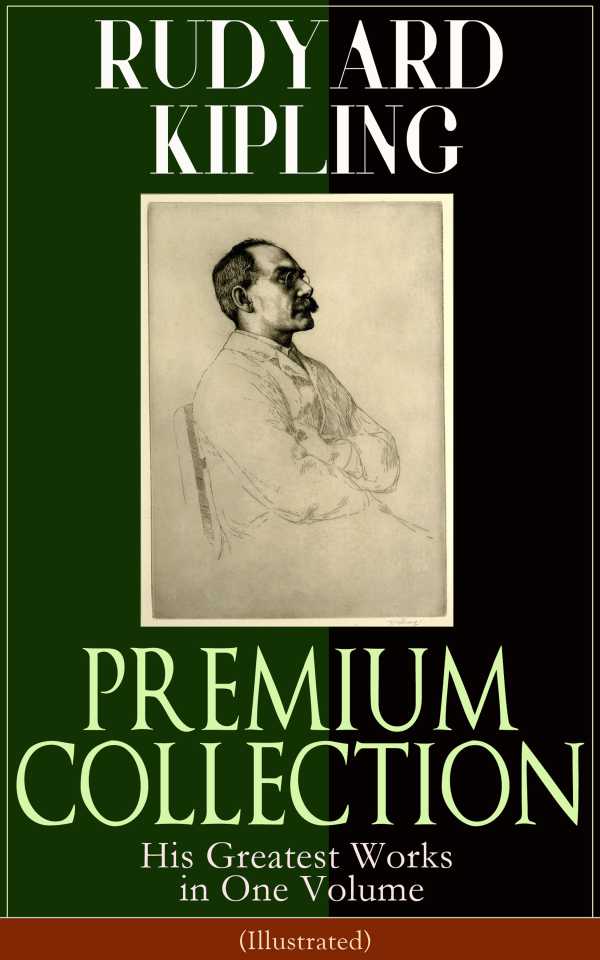 RUDYARD KIPLING PREMIUM COLLECTION: His Greatest Works in One Volume (Illustrated) - The Jungle Book, The Man Who Would Be King, Just So Stories, Kim, The Light That Failed, Captain Courageous, Plain Tales from the Hills