Once a fabled pirate garrison, the Balearic island of Ibiza has been colonised and continually fought over since the era of the Phoenicians. During the 20th century it gained its reputation as a countercultural hotbed after it became a melting pot for bohemians and dropouts who had come there in search of adventure. Pretty soon Ibiza became a crossroads for experimental musicians, writers and artists, 'Hippie Trail' travellers, enthusiastic trepanation pioneers, infamous art world conmen, and Osho sannyasins with pockets full of MDMA, and eventually it became the epicentre for electronic music that it is today. After the establishment of the famous hippie markets, and the trance parties that took place in forests or on deserted beaches, several now legendary nightclubs including Ku, Pacha and Amnesia started to emerge, although they had started out as simple, rural locations for islanders, fringe figures and jet-setters to congregate together on open air terraces to listen to blues, rock 'n' roll and jazz.

These days pioneering electronic music DJs from around the world make the island their home from home over the summer season, attracting an equally international party community. Eco tourists and nature lovers seeking the particular pleasures of Ibiza also flock in annually, as do a crucial contingent of island faithfuls who return year after year to this tiny but charismatic and insubordinate Mediterranean hub to live the Ibiza 'experience' that goes way beyond the parties.

With a foreword by Richie Hawtin, the world's leading electronic artist and DJ, Shadows Across the Moon explores the social and cultural history of Ibiza and its nocturnal playgrounds, from the advent of the earliest settlers, through the huge influence of the Moors on Ibiza's music and traditions, the early days of the Ibiza Town jazz bar scene, the Goa-influenced outdoor trance party culture, the early hippie clubs, the golden years of the 1980s and the second Summer of Love, to the huge and exciting impact the techno scene made on the island's nightlife with the advent of Sven Väth's audacious Cocoon. Along the way the book draws back the curtain to reveal clubland's sometimes shadowy mafia connections, crooked politics, backstabbing, outmanoeuvring skulduggery, specious drug busts, assassinations and suicides?as well as tales of quixotic originality and futuristic vision, outrageous pansexual parties, widely talented impresarios, and the open air gatherings that make the island so special, including the famous sunset bars and chill-out culture.

Shadows Across the Moon is the first and only book to cover the whole fascinating and unique history of dance and counterculture in Ibiza, and vividly describes the artists, sunset drummers, shamans, DJs, outlaws, psychedelic evangelists, politicians and hippie organisers who gradually shaped the island's party landscape into the hugely influential nexus it is today.

Atributos LU
Año de Edición
2016
Descatalogado
NO
Tipo
eBook
Autor
Helen Donlon
Subtítulo
Outlaws, Freaks, Shamans And The Making Of Ibiza Clubland
ISXN
9783854456131
Idioma
Inglés
Núm. Páginas
354
Peso (Físico)
0
Tamaño Archivo (Virtual)
4.88
DRM (Virtual)
Sí
Formato Electrónico (Virtual)
EPUB
Título
Shadows Across The Moon
Biografía del Autor
<p>Helen Donlon is a literary agent who has specialised in the licensing of music an other arts related books for 20 years. She is also the author of \"According to David Lynch\" (2007), and contributed an essay to the anthology \"Richard Brautigan: Essays On The Writings And Life\" (2006). She has written on film, literature, culture and counterculture for various outlets including Data Transmission, The Quietus, Shindig, Wasafiri, London Grip, Ibiza Now, Pacha Magazine, Literary Review, Scope (an online journal of film and television studies), The Film Journal, Mudkiss and Beat Scene. She worked as a clubland correspondent in Ibiza for several seasons.</p> 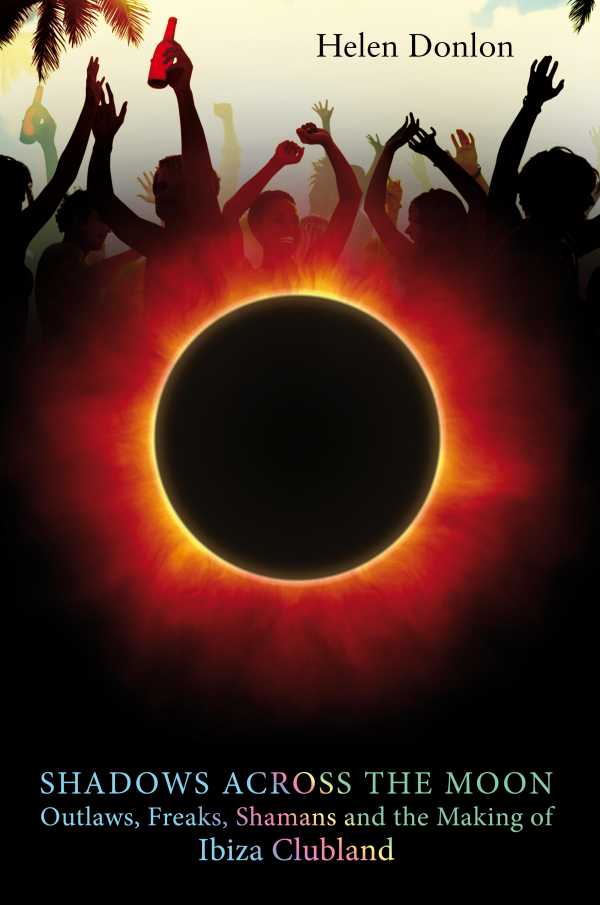 Shadows Across The Moon - Outlaws, Freaks, Shamans And The Making Of Ibiza Clubland