Some Do Not... Ford Madox Ford - "The best novel by a British writer . . . It is also the finest novel about the First World War" ? Anthony Burgess

Some Do Not ? is an unforgettable exploration of the tensions of a society facing catastrophe, as the energies of sexuality and power erupt in madness and violence.

Some Do Not ? is the first volume of Ford Madox Ford's celebrated four-novel sequence tracing the trauma of the First World War through the experiences of Christopher Tietjens. The book introduces the major themes and characters of Parade's End.

Tietjens, a brilliant civil servant from a wealthy Yorkshire land-owning background, is troubled by the reckless infidelities of his wife, Sylvia, and his own feelings for Valentine Wannop, a suffragette. The outbreak of war takes him to the Front, where he suffers shell-shock, and he returns to England to try and piece his life together.

"The best novel by a British writer . . . It is also the finest novel about the First World War" ? Anthony Burgess

"There are not many English novels which deserve to be called great: Parade's End is one of them." ? W. H. Auden

"If Parade's End is due for a revival it's not for its large historical or philosophical truths but because it is panoramic and beautifully written. It is a condemnation of the brutal senselessness and stupid waste of war." ? Edmund White, New York Review of Books

The first novel in the author's celebrated Parade's End Tetralogy explores the social tensions between marriage, sex, and honor at the outbreak of WWI.

London, 1910s. Christopher Tietjens, a brilliant mathematician, shows little emotion when his wife, Sylvia, leaves him for her lover. But when she tires of the romantic pursuit and informs Christopher of her desire to return to him, it proves to be one more episode in their masochistic marriage?Sylvia's faithless torments yet again bested by Christopher's infuriating chivalry.

Then, on a golfing weekend in Rye, Christopher meets a young suffragette by the name of Valentine Wannop, whose passion for ideas is matched by her beauty. In Valentine, Christopher sees the possibilities of life and love he has denied himself thus far. But the small dramas of their individual lives are suddenly interrupted when the world goes to war.

Author Ford Madox Ford's masterful Parade's End series is "in human psychology and literary technique . . . as modern and modernist as they come." The first of four volumes, Some Do Not . . . sets in motion the complex web of attachments, passions, and resentments that unfold across an era of profound change (Julian Barnes, The Guardian). 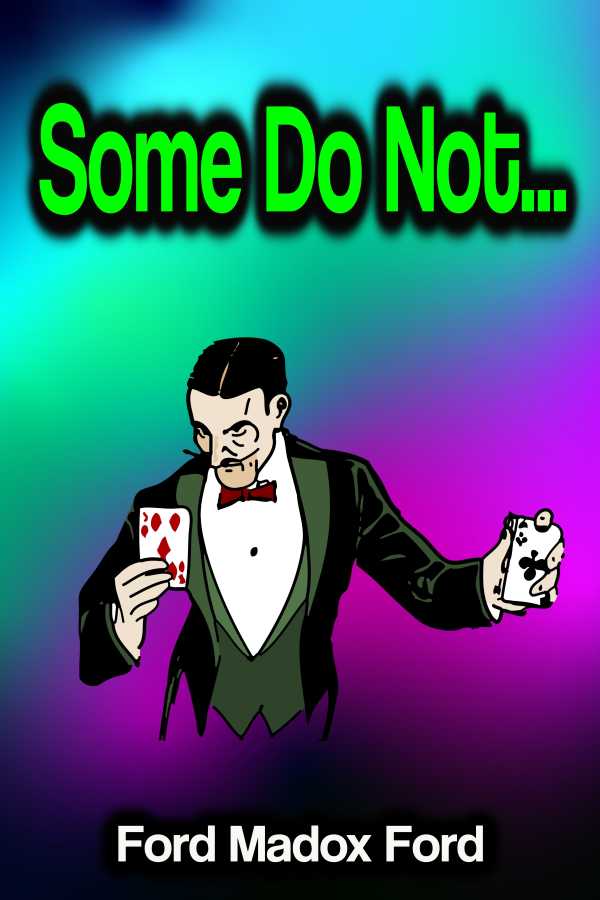