Tamburlaine the Great Part 2 Christopher Marlowe - "Tamburlaine the Great (published in 1590) is a play in two parts by Christopher Marlowe. It is loosely based on the life of the Central Asian emperor, Timur (Tamerlane/Timur the Lame, d. 1405). Written in 1587 or 1588, the play is a milestone in Elizabethan public drama; it marks a turning away from the clumsy language and loose plotting of the earlier Tudor dramatists, and a new interest in fresh and vivid language, memorable action, and intellectual complexity. Along with Thomas Kyd's The Spanish Tragedy, it may be considered the first popular success of London's public stage. Marlowe, generally considered the best of that group of writers known as the University Wits, influenced playwrights well into the Jacobean period, and echoes of the bombast and ambition of Tamburlaine's language can be found in English plays all the way to the Puritan closing of the theatres in 1642. While Tamburlaine is considered inferior to the great tragedies of the late-Elizabethan and early-Jacobean period, its significance in creating a stock of themes and, especially, in demonstrating the potential of blank verse in drama, is still acknowledged. Whereas the real Timur was of Turkic-Mongolian ancestry and belonged to the nobility, for dramatic purposes Marlowe depicts him as a Scythian shepherd who rises to the rank of emperor. Part 1 opens in Persepolis. The Persian emperor, Mycetes, dispatches troops to dispose of Tamburlaine, a Scythian shepherd and, at that point, a nomadic bandit. In the same scene, Mycetes' brother Cosroe plots to overthrow Mycetes and assume the throne. The scene shifts to Scythia, where Tamburlaine is shown wooing, capturing, and winning Zenocrate, the daughter of the Egyptian king. Confronted by Mycetes' soldiers, he persuades first the soldiers and then Cosroe to join him in a fight against Mycetes. Although he promises Cosroe the Persian throne, Tamburlaine reneges on this promise and, after defeating Mycetes, takes personal control of the Persian Empire. Author Christopher Marlowe, also known as Kit Marlowe (26 February 1564 30 May 1593), was an English playwright, poet and translator of the Elizabethan era. Marlowe was the foremost Elizabethan tragedian of his day. He greatly influenced William Shakespeare, who was born in the same year as Marlowe and who rose to become the pre-eminent Elizabethan playwright after Marlowe's mysterious early death. Marlowe's plays are known for the use of blank verse and their overreaching protagonists. A warrant was issued for Marlowe's arrest on 18 May 1593. No reason was given for it, though it was thought to be connected to allegations of blasphemy a manuscript believed to have been written by Marlowe was said to contain ""vile heretical conceipts"". On 20 May, he was brought to the court to attend upon the Privy Council for questioning. There is no record of their having met that day, however, and he was commanded to attend upon them each day thereafter until ""licensed to the contrary"". Ten days later, he was stabbed to death by Ingram Frizer. Whether or not the stabbing was connected to his arrest remains unknown. Of the dramas attributed to Marlowe, Dido, Queen of Carthage is believed to have been his first. It was performed by the Children of the Chapel, a company of boy actors, between 1587 and 1593. The play was first published in 1594; the title page attributes the play to Marlowe and Thomas Nashe. Marlowe's first play performed on the regular stage in London, in 1587, was Tamburlaine the Great, about the conqueror Timur (Tamerlane), who rises from shepherd to warlord. It is among the first English plays in blank verse, and, with Thomas Kyd's The Spanish Tragedy, generally is considered the beginning of the mature phase of the Elizabethan theatre. Tamburlaine was a success, and was followed with Tamburlaine the Great, Part II. **

Christopher \"Kit\" Marlowe (baptised 26 February 1564) was an English dramatist, poet and translator of the Elizabethan era. The foremost Elizabethan tragedian next to William Shakespeare, he is known for his magnificent blank verse, his overreaching protagonists, and his own mysterious and untimely death. 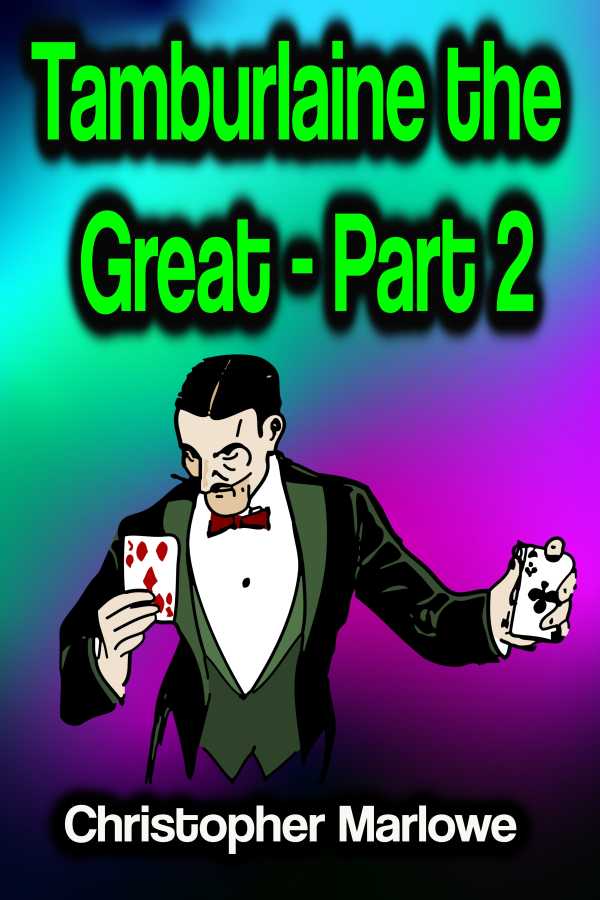