Thomas A. Watson was born on January 18, 1854, in Salem, Massachusetts, and died December 13, 1934, at more than four-score years. At the age of 13 he left school and went to work in a store. Always keenly interested in learning more and in making the most of all he learned, every new experience was to him, from his childhood on, an opening door into a larger, more beautiful and more wonderful world. This was the key to the continuous variety that gave interest to his life.

In 1874 he obtained employment in the electrical shop of Charles Williams, Jr., at 109 Court Street, Boston. Here he met Alexander Graham Bell, and the telephone chapter in his life began. This he has told in the little book herewith presented. In 1881, having well earned a rest from the unceasing struggle with the problems of early telephony, and being now a man of means, he resigned his position in the American Bell Telephone Company and spent a year in Europe. On his return he started a little machine shop for his own pleasure, at his place in East Braintree, Massachusetts. From this grew the Fore River Ship and Engine Company, which did its large share of building the U. S. Navy of the Spanish War. In 1904 he retired from active business.

When 40 years of age and widely known as a shipbuilder, he went to college, taking special courses in geology and biology at the Massachusetts Institute of Technology. At the same time he specialized in literature. These studies dominated his later years, leading him in extensive travels all over the world, and at home extending to others the inspiration of a genial simplicity of life and of a love for science, literature and all that is fine in life. 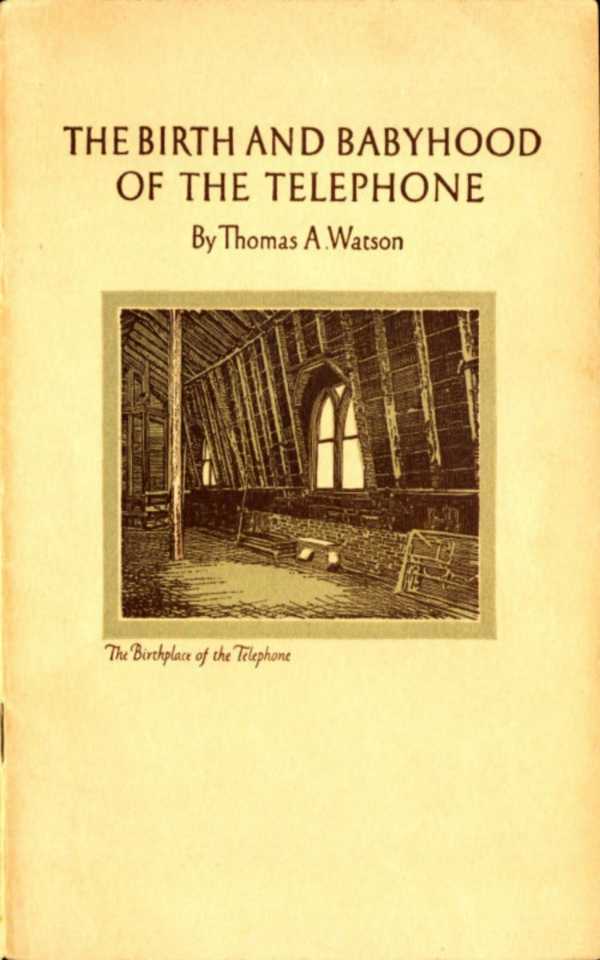 The Birth and Babyhood of the Telephone