This carefully crafted ebook: "The Complete Sherlock Holmes Novels & Stories (4 Novels + 56 Short Stories)" is formatted for your eReader with a functional and detailed table of contents. This complete collection includes the following novels and stories: A Study in Scarlet The Sign of the Four The Hound of the Baskervilles The Valley of Fear The Adventures of Sherlock Holmes The Memoirs of Sherlock Holmes The Return of Sherlock Holmes His Last Bow: Some Later Reminiscences of Sherlock Holmes The Case-Book of Sherlock Holmes Sir Arthur Conan Doyle (1859 ? 1930) was a Scottish physician and writer who is most noted for his fictional stories about the detective Sherlock Holmes, which are generally considered milestones in the field of crime fiction. He is also known for writing the fictional adventures of a second character he invented, Professor Challenger, and for popularising the mystery of the Mary Celeste. He was a prolific writer whose other works include fantasy and science fiction stories, plays, romances, poetry, non-fiction, and historical novels. 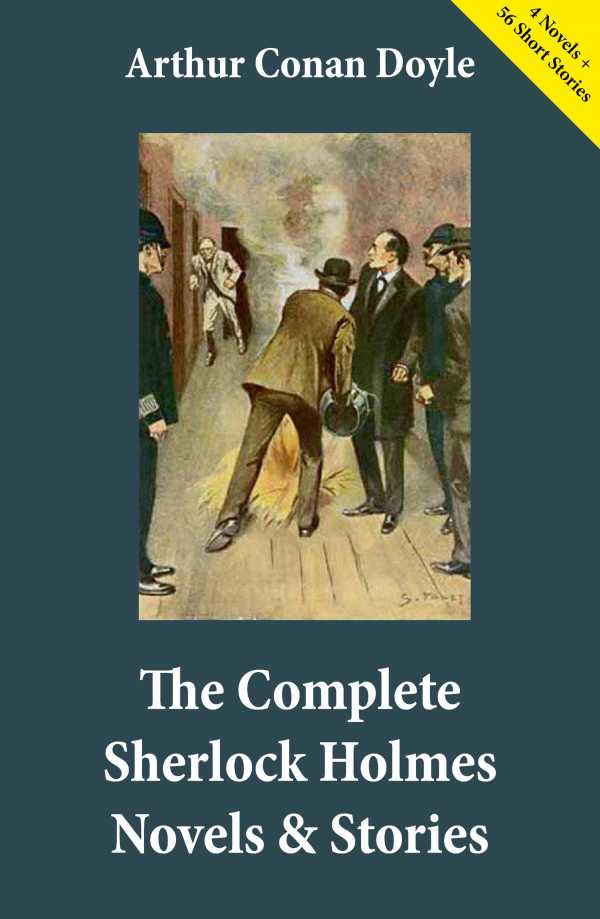