An invaluable collection of essays on literary criticism by Henry A. Beers, a 19th-century author, literary historian, poet, and professor at Yale University. Beers produced multiple works, including scholarly studies of literature, biographies, and volumes of poetry. He is most famous for his works on the historical development of literature.
Contents include:
The Connecticut Wits
The Singer of the Old Swimmin' Hole
Emerson's Journals
The Art of Letter Writing
Thackeray's Centenary
Retrospects and Prospects of the English Drama
Sheridan
The Poetry of the Cavaliers
Abraham Cowley
Milton's Tercentenary
Shakespeare's Contemporaries. 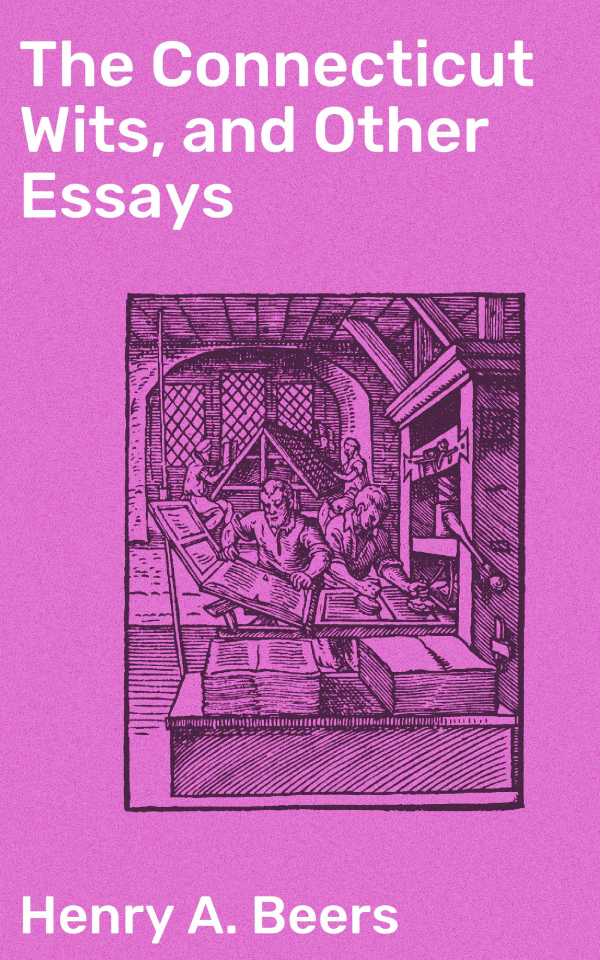 The Connecticut Wits, and Other Essays