Elite-level athletes are placed upon heightened pedestals in societies world-wide. At the same time, there is a dark side to these glorified competitors that remains hidden from those outside of exclusive athletic circles. Dr. Nick Pappas' athletic background in collegiate and professional sports has provided insider access, enabling him to uncover an array of disturbing sexually deviant and aggressive behaviors, which have silently thrived for decades in many athlete cultures. These findings, expressed through the athletes' own words, are the result of more than 10 years of cutting-edge research involving in-depth interviews with 142 collegiate, minor, and major league athletes from five prominent U.S. sports. Written in an engaging style, "The Dark Side of Sports" is a must read with messages not only for athletes, coaches, managers, and administrators, but also for parents, women, students, and sports enthusiasts. While these important discoveries are certain to shock, raise awareness, and provide a wake-up call for those in and outside of the sports world, they also promote a sense of urgency for taking action to prevent and address these harmful behaviors.

"The Dark Side of Sports" has strong appeal for diverse audiences because it highlights the need for risk management in every male athletic culture. This includes individuals with direct involvement in sports such as athletes, coaches, managers, administrators, and support staff, who see the importance of addressing and deterring potentially harmful and dangerous behavior that can ruin an athletic program's reputation in an instant. At the same time, this book serves as an invaluable resource for parents, women, and fans by raising awareness to the significant issues surrounding a darker, hidden side of sports.

Atributos LU
Año de Edición
2011
Descatalogado
NO
Tipo
eBook
Autor
Nick T. Pappas
Subtítulo
Exposing the Sexual Culture of Collegiate and Professional Athletes
ISXN
9781841267609
Idioma
Inglés
Núm. Páginas
392
Peso (Físico)
0
Tamaño Archivo (Virtual)
0.48
DRM (Virtual)
Sí
Formato Electrónico (Virtual)
EPUB
Título
The Dark Side of Sports
Biografía del Autor
<p>Nick Pappas, Ph.D., is a former collegiate and professional ice hockey player and coach who earned a doctorate degree in Human Development and Family Science with a minor in Sociology of Sport from The Ohio State University. This unique background in combination with his experience as a researcher, professional counselor, and college professor have given Dr. Pappas a distinct vantage point into both social and athlete behavioral issues that are highlighted in this one-of-a-kind book. As a dynamic speaker, Dr. Pappas provides presentations on athlete-related topics and concerns including out-of-sport athlete deviancy and aggression in order to promote personal and team excellence to athletes at all levels. He resides in Big Rapids, Michigan and can be contacted through his website.</p> 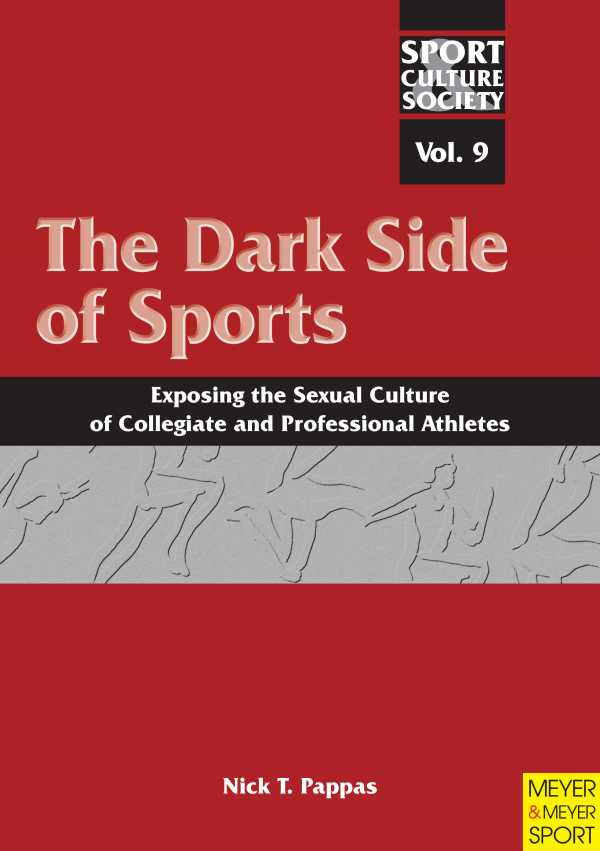