This, the fifth volume in a series of works purporting to tell the Story of the Great Roads, requires but few forewords; but occasion may be taken to say that perhaps greater care has been exercised than in preceding volumes to collect and put on record those anecdotes and floating traditions of the country, which, the gossip of yesterday, will be the history of to-morrow. These are precisely the things that are neglected by the County Historians at one end of the scale of writers, and the compilers of guide-books at the other; and it is just because this gossip and these local anecdotes are generally passed by and often lost that those which are gathered now will become more valuable as time goes on.
For the inclusion of these hitherto unconsidered trifles much archæology and much purely guide-book{viii} description have been suppressed; nor for this would it seem necessary to appear apologetic, even although local patriotism is a militant force, and resents anything less than a detailed and favourable description of every village, interesting or not.
How militant parochial patriots may be the writer already knows. You may criticise the British Empire and prophesy its downfall if you feel that way inclined, and welcome; but it is the Unpardonable Sin to say that Little Pedlington is anything less than the cleanest, the neatest, and the busiest for its size of all the Sweet Auburns in the land! Has not the writer been promised a bad quarter of an hour by the local press, should he revisit Crayford, after writing of that uncleanly place in the Dover Road? and have the good folks of Chard still kept the tar and feathers in readiness for him who, daring greatly, presumed to say the place was so quiet that when the stranger appeared in its streets every head was out of doors and windows?
Point of view is everything. The stranger finds a place charming because everything in it is old, and quiet reigns supreme. 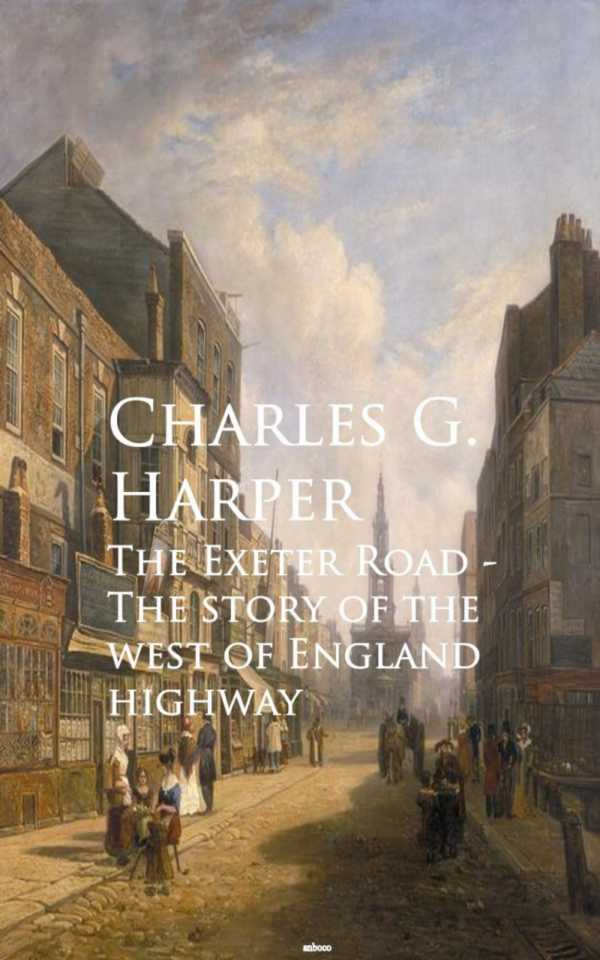 The Exeter Road - The Story of the West of England Highway