'The Gustav Holst Way' is the first guidebook to describe the 35-mile rambling route across the Cotswolds to celebrate the life and work of the composer Gustav Holst.
Published exactly 100 years after Holst began work on The Planets, the route visits many of the places that were important to the young Holst as his musical career took wing. Among the highlights are the house in Cheltenham where he was born (now the Holst Birthplace Museum) and several venues in the Cotswolds where he played, conducted and taught music.
The richly illustrated guidebook divides the walk into five easy/moderate sections (with four optional detours) and includes detailed maps, points of historical interest and all the practical information you need to follow in Gustav Holst's footsteps from Cranham to Wyck Rissington.

The Holst Birthplace Museum
Gustav Holst, one of England's greatest composers, was born in a Regency terraced house in Cheltenham in 1874. The house has been carefully restored and converted into a 'living museum' that captures the atmosphere of the era, both above and below stairs. The most eye-catching of the museum's collection of 3,000 items is the piano on which Holst composed The Planets, as popular as ever nearly 100 years after it was published. Step inside the Museum and see the piano Holst used to compose The Planets. Find out how he developed into a world-class composer by examining and listening to original manuscripts written when he was a schoolboy in Cheltenham. " 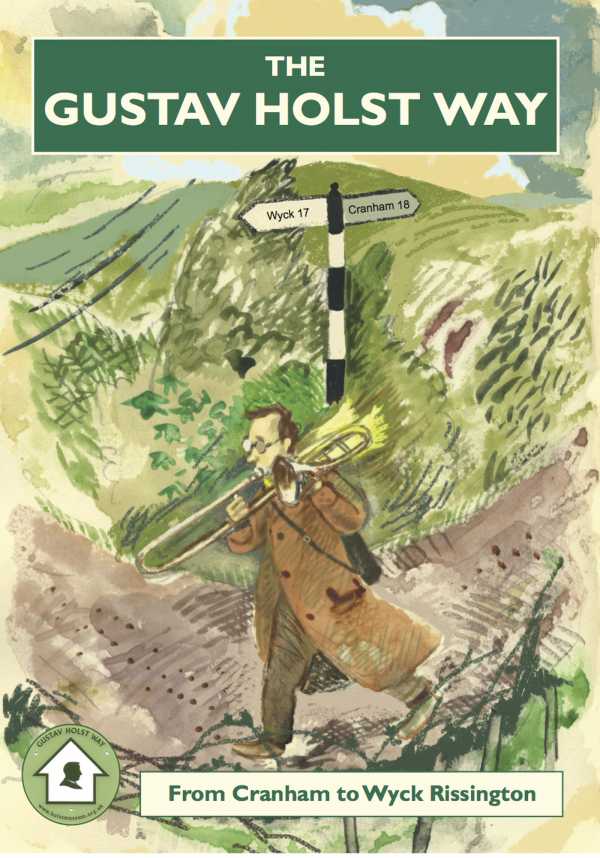