The Hidden Power, and Other Papers upon Mental Science is a collection of New-Thought essays by Thomas Troward. Troward was an English writer whose works inspired the New Thought Movement and mystic Christianity. Excerpt: "There is a very general recognition, which is growing day by day more and more widespread, that there is a sort of hidden power somewhere which it is within our ability, somehow or other, to use. The ideas on this subject are exceedingly vague with the generality of people, but still they are assuming a more and more definite form, and that which they appear to be taking with the generality of the public is the recognition of the power of suggestion. I suppose none of us doubts that there is such a thing as the power of suggestion and that it can produce very great results indeed, and that it is par excellence a hidden power; it works behind the scenes, it works through what we know as the subconscious mind, and consequently its activity is not immediately recognisable, or the source from which it comes." 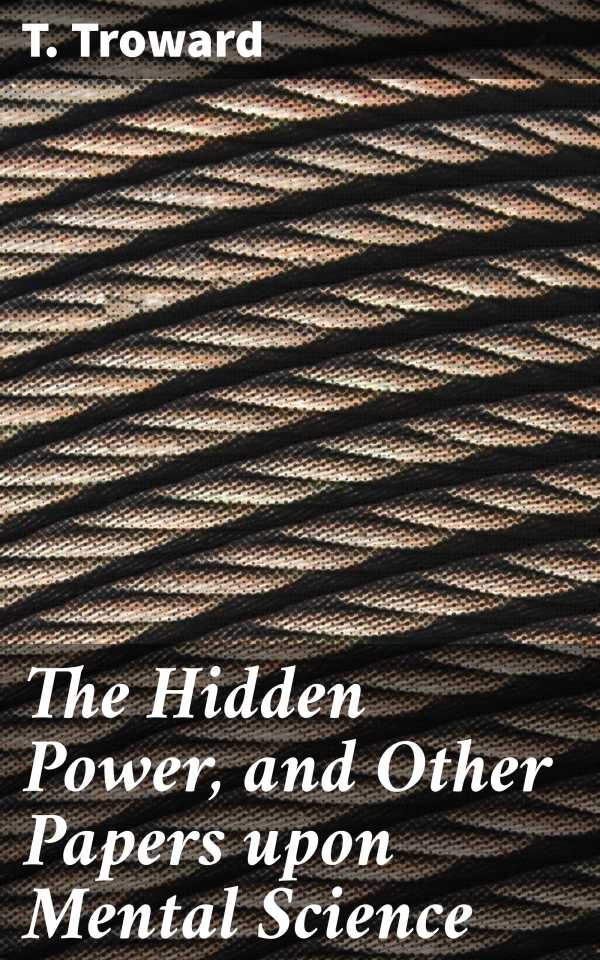