C. Suetonius Tranquillus was the son of a Roman knight who commanded a legion, on the side of Otho, at the battle which decided the fate of the empire in favour of Vitellius. From incidental notices in the following History, we learn that he was born towards the close of the reign of Vespasian, who died in the year 79 of the Christian era. He lived till the time of Hadrian, under whose administration he filled the office of secretary; until, with several others, he was dismissed for presuming on familiarities with the empress Sabina, of which we have no further account than that they were unbecoming his position in the imperial court. How long he survived this disgrace, which appears to have befallen him in the year 121, we are not informed; but we find that the leisure afforded him by his retirement, was employed in the composition of numerous works, of which the only portions now extant are collected in the present volume.
Several of the younger Pliny's letters are addressed to Suetonius, with whom he lived in the closest friendship. They afford some brief, but generally pleasant, glimpses of his habits and career; and in a letter, in which Pliny makes application on behalf of his friend to the emperor Trajan, for a mark of favour, he speaks of him as "a most excellent, honourable, and learned man, whom he had the pleasure of entertaining under his own roof, and with whom the nearer he was brought into communion, the more he loved him." 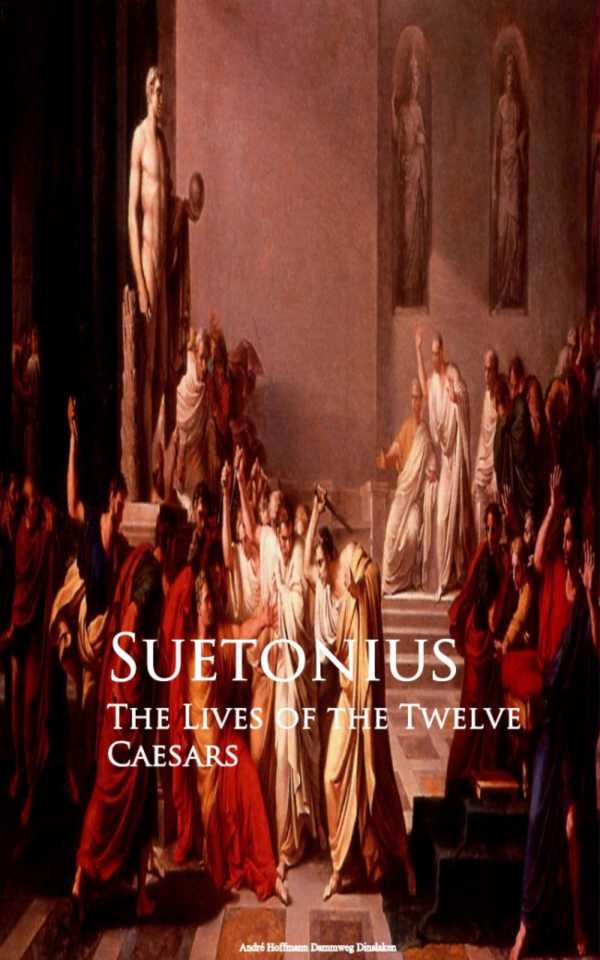 The Lives of the Twelve Caesars